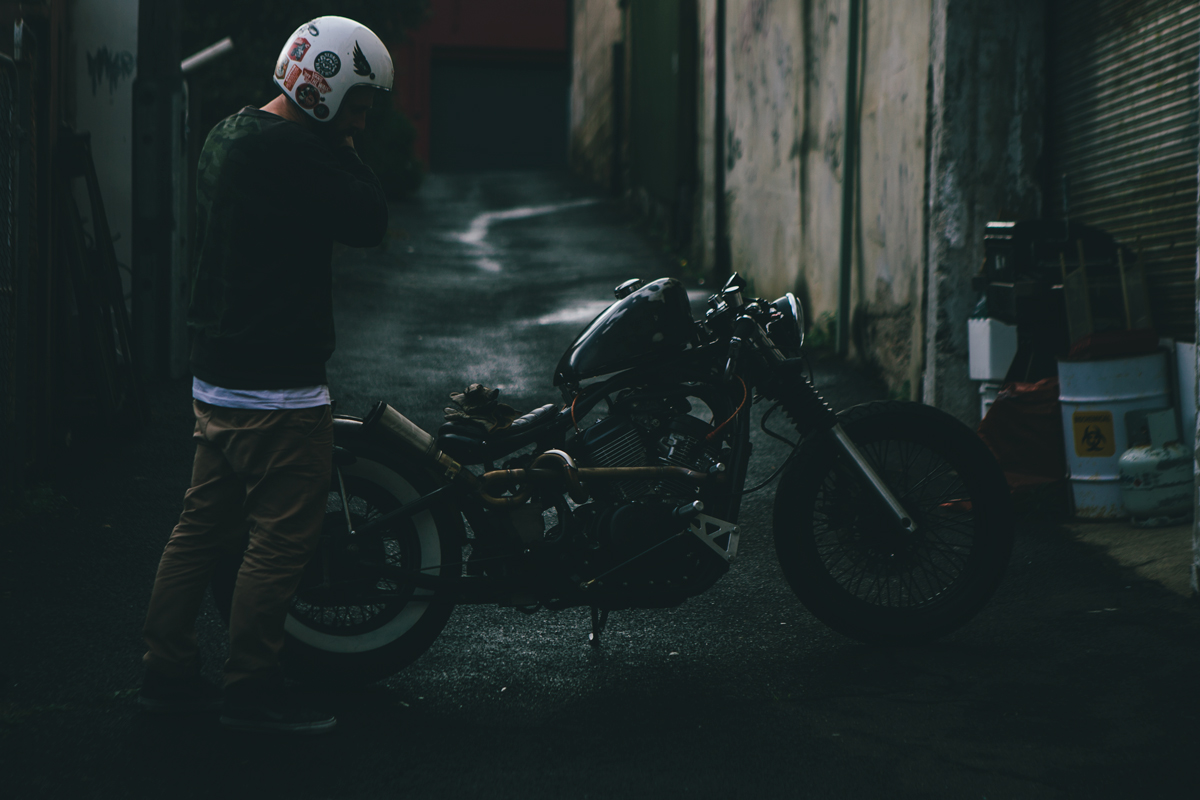 From Russia with love… and thunder. Stan has been mucking about with cars and bikes since he was a kid back in the USSR, and the passion for both made the trip over with him to Australia when he was 15.

Stan’s VT600 Bobber boasts an aggressive look with an equally aggressive stance. He’s welded on a Sporty tank that sits high on the VT600’s double backbone frame, working around the “unsuitable” mounting for such a tank and instead using it to his advantage in the overall look of the ride. The exhaust coils around itself like a python constricting its prey, a custom make from Darren of DNA Customs. You can see some influence from one of Stan’s favourite builders, Shinya Kimura of Zero Engineering. It’s had a dozen looks over the years since he first got the bike. One small change turned into many, as they generally do with folk working on their bikes.

Building bikes for Stan, and I’m sure many others can relate, is an expression of individuality. “My bike, my way, for me. No fucks given what anybody else thinks of it” And the progress and changes this bike has gone through is very organic in a way, with it not being belted out one weekend but instead over time as ideas and thoughts came to him.

“The hardest part of this was definitely electrics, I suck at electrics, so a huge thanks to Harley from RB Racing for taking care of that and generally breathing life back into her.

I loved chopping and reshaping the frame, rebuilding the carbs and then putting the bike back together after all the parts came back from powder coating. Thanks to Ren from Renegade Customs for allowing me to use his awesome workshop and for endless help and advice”

Here’s an abridged list of some of  what’s gone on with this mongrel of a bike: 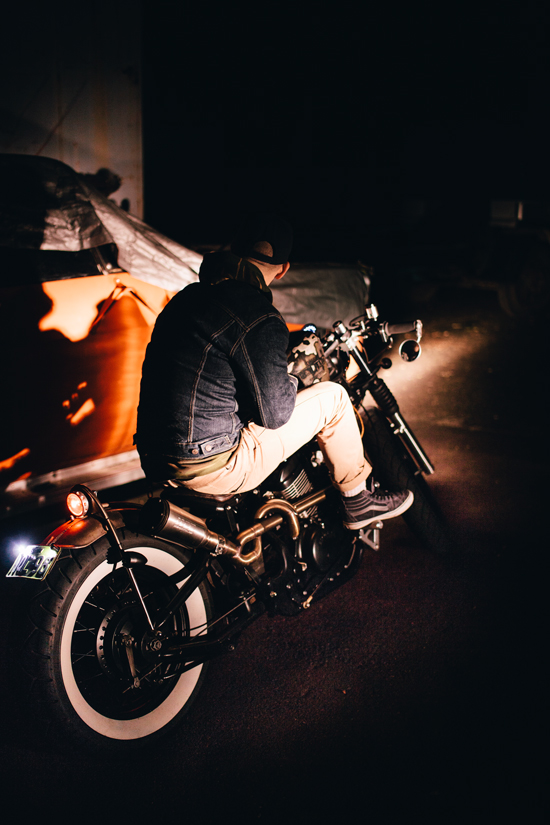 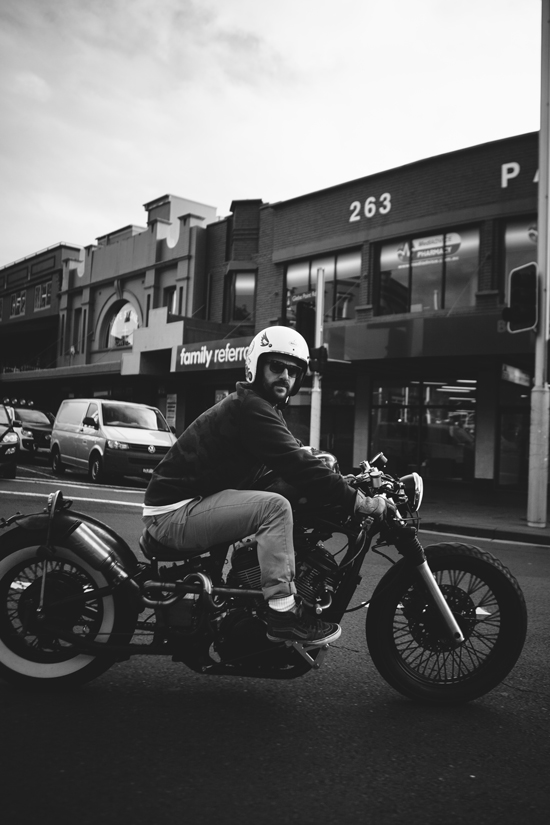 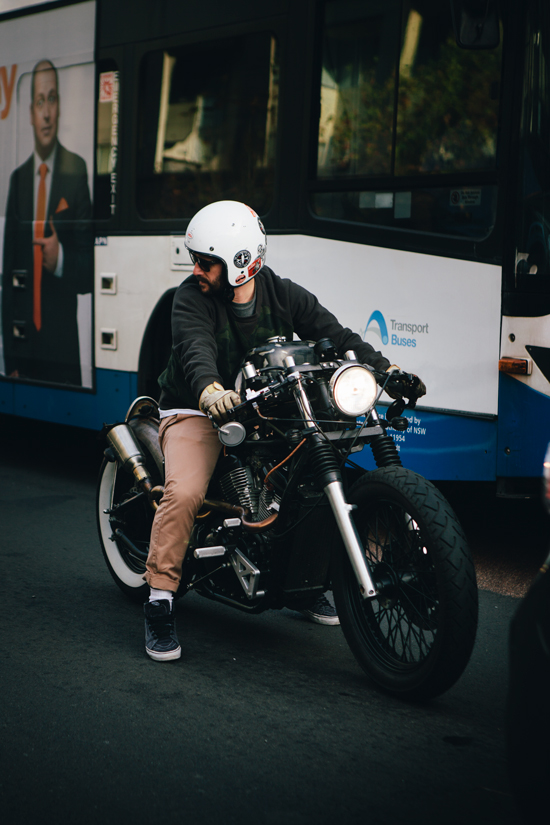 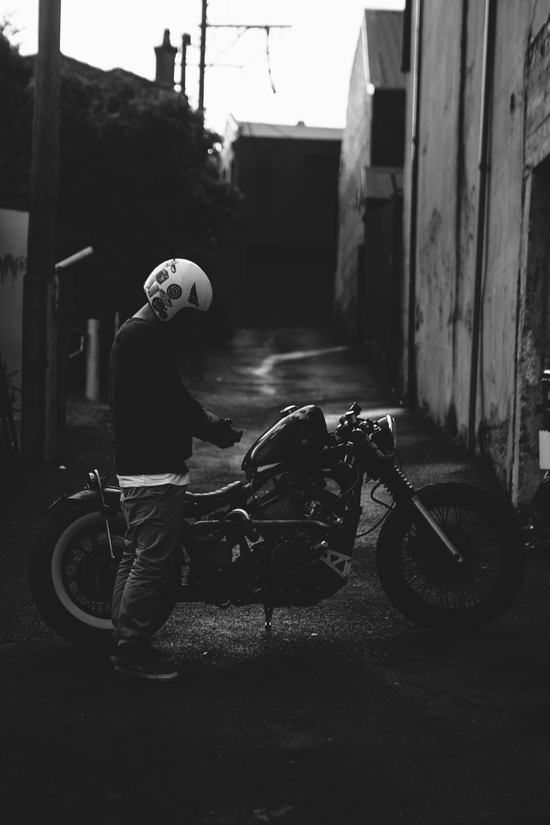 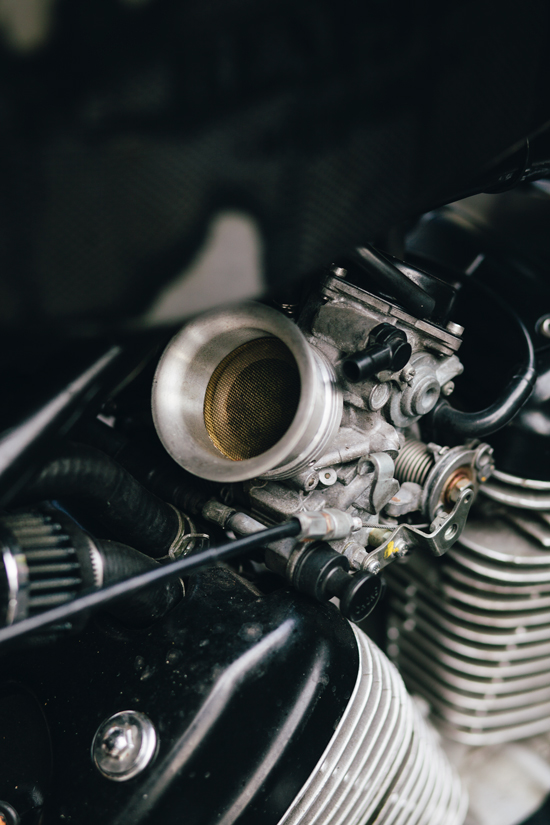 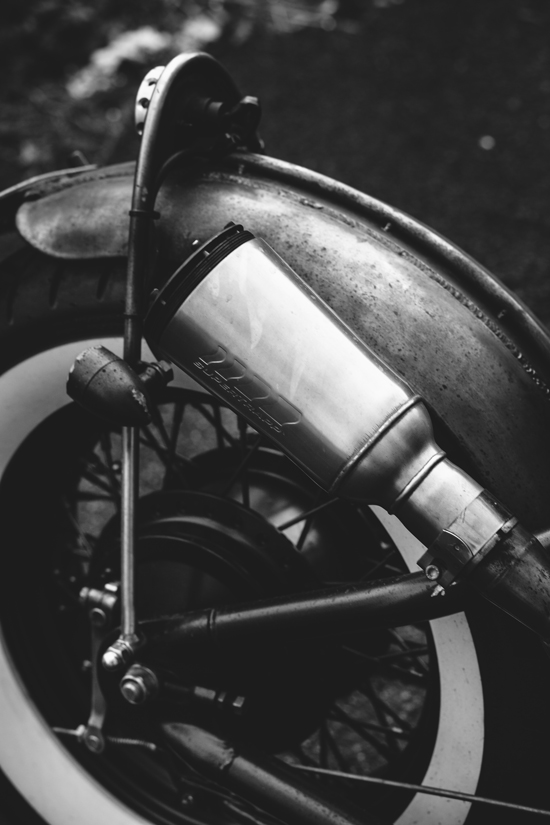 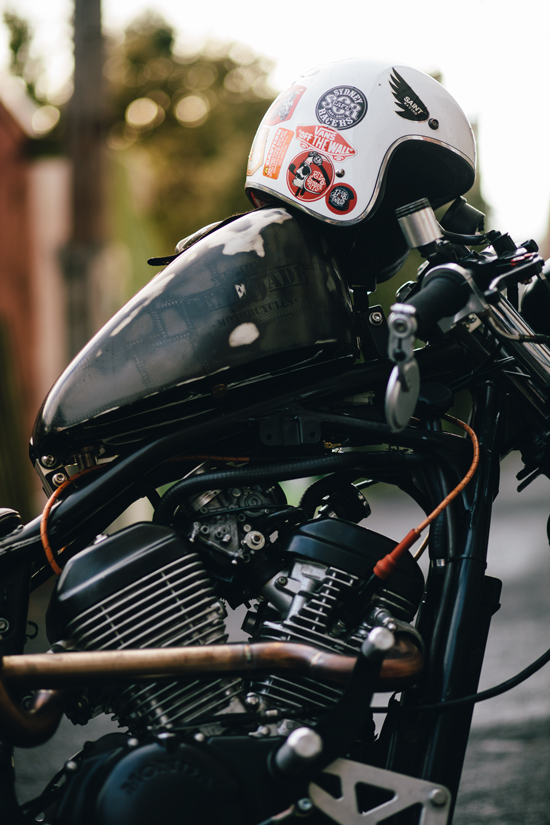 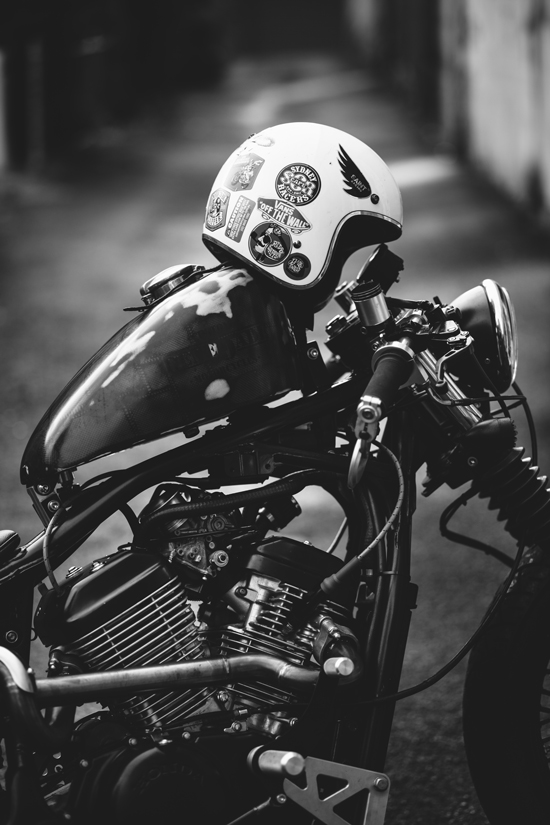 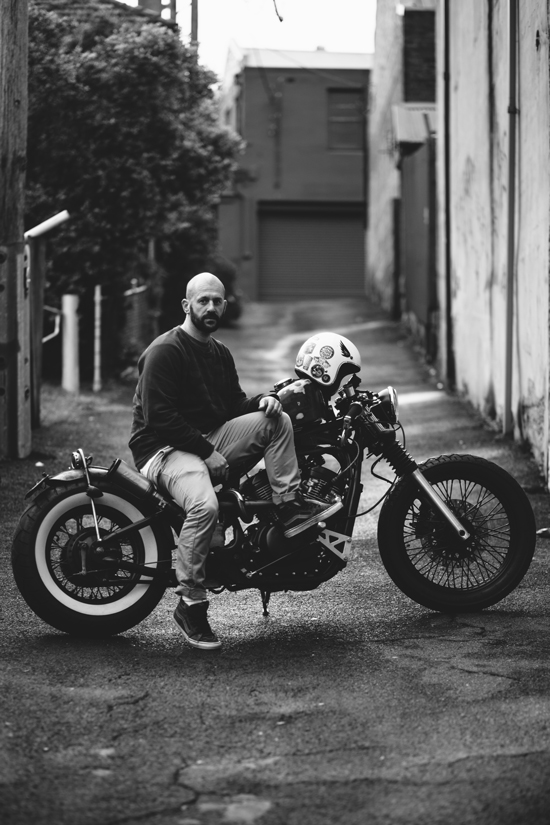 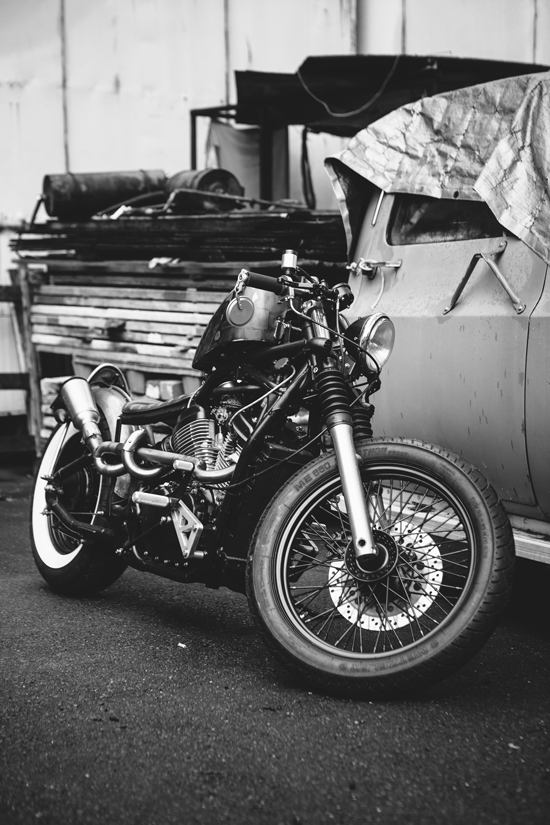 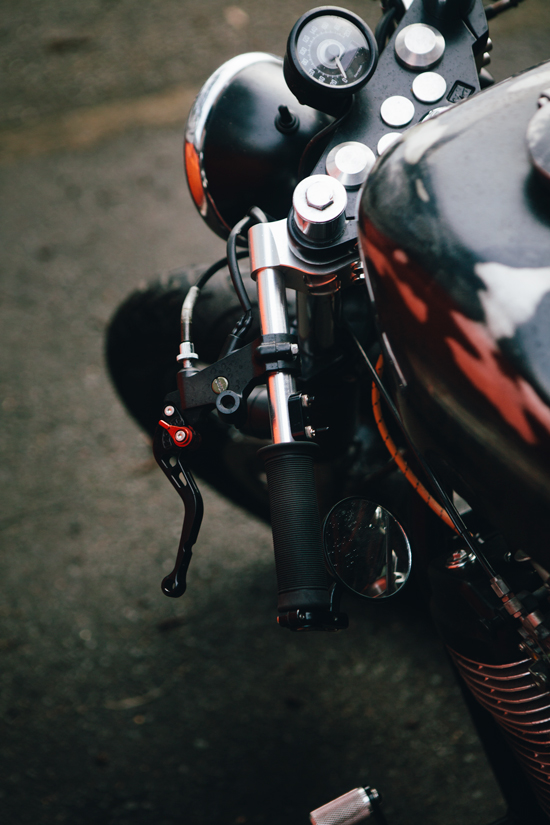 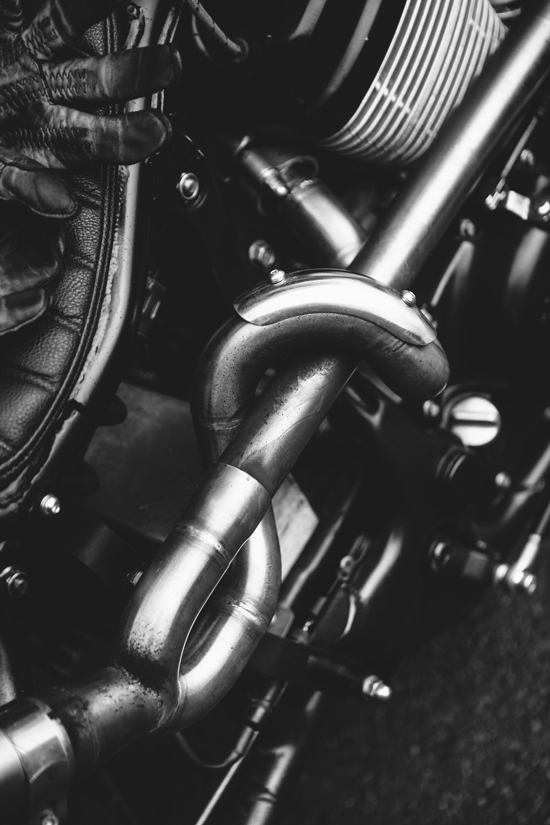 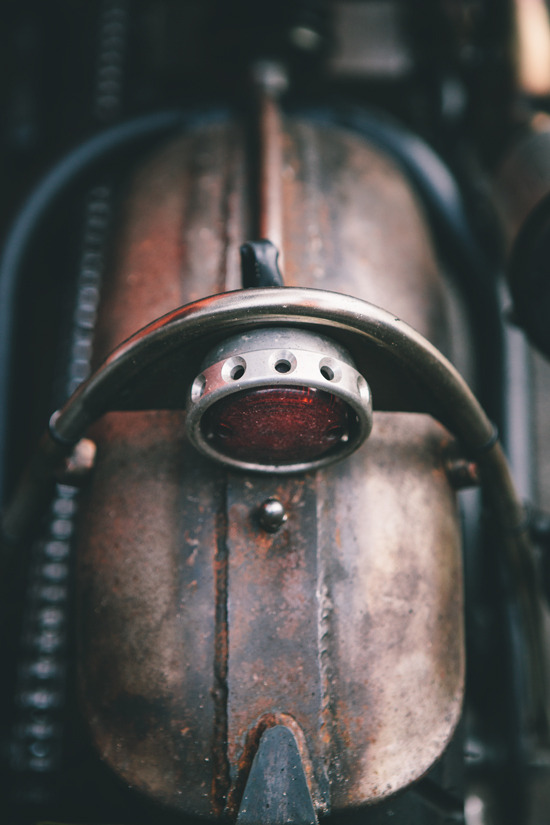 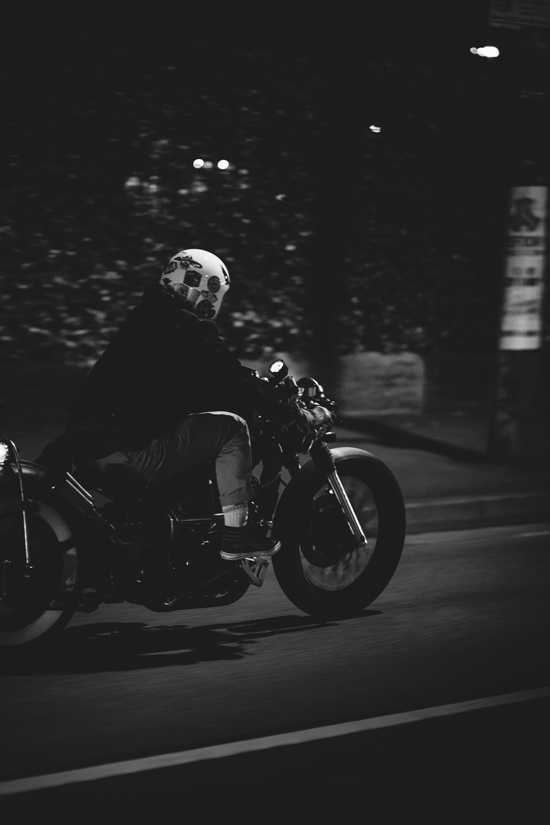 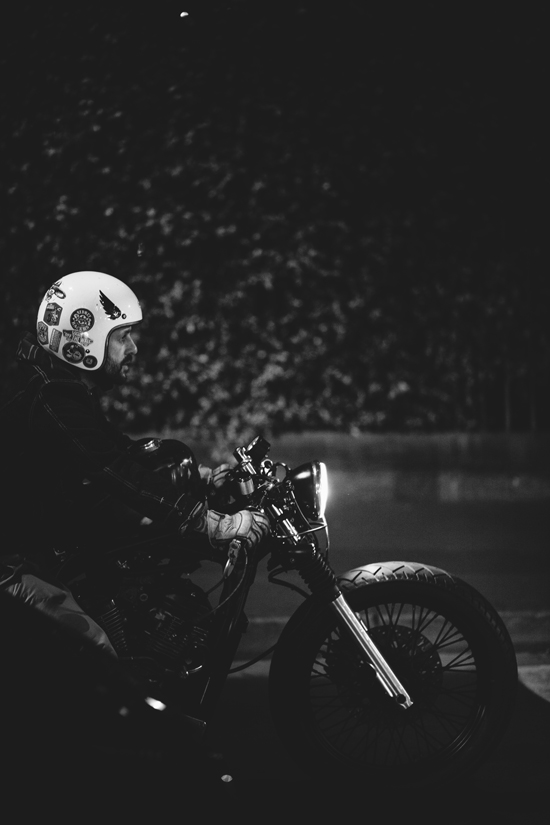 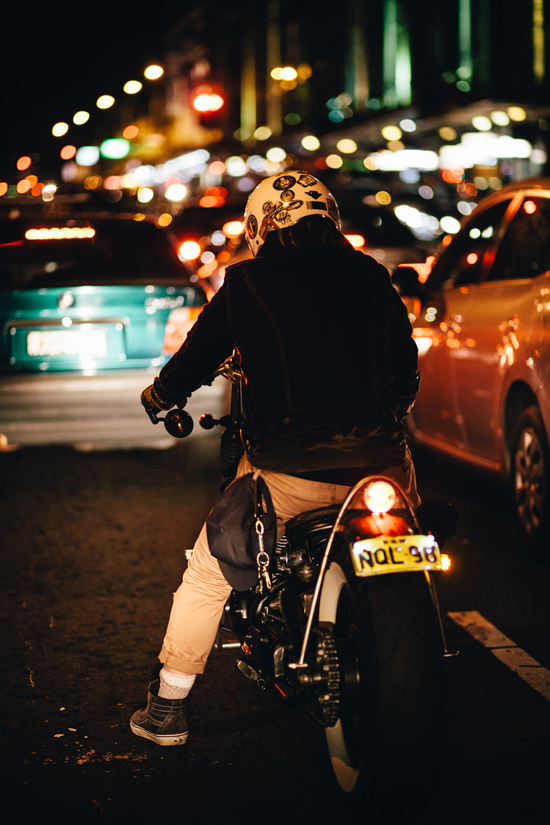 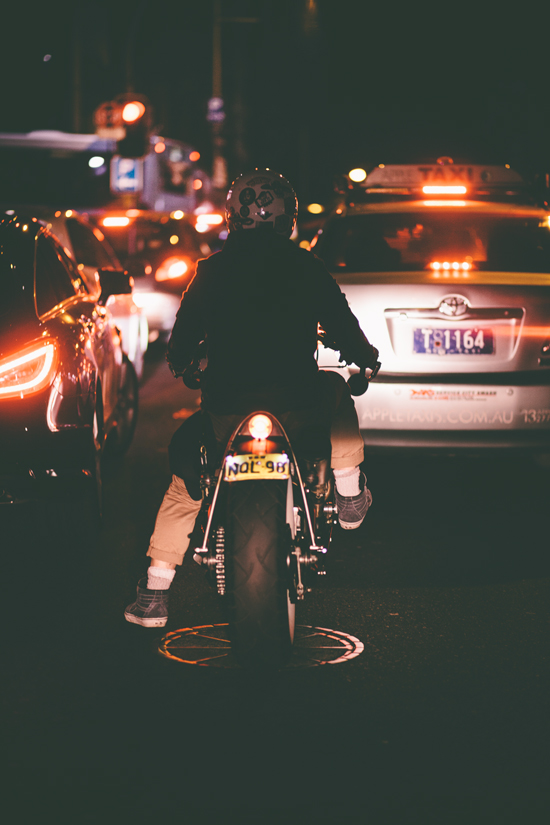 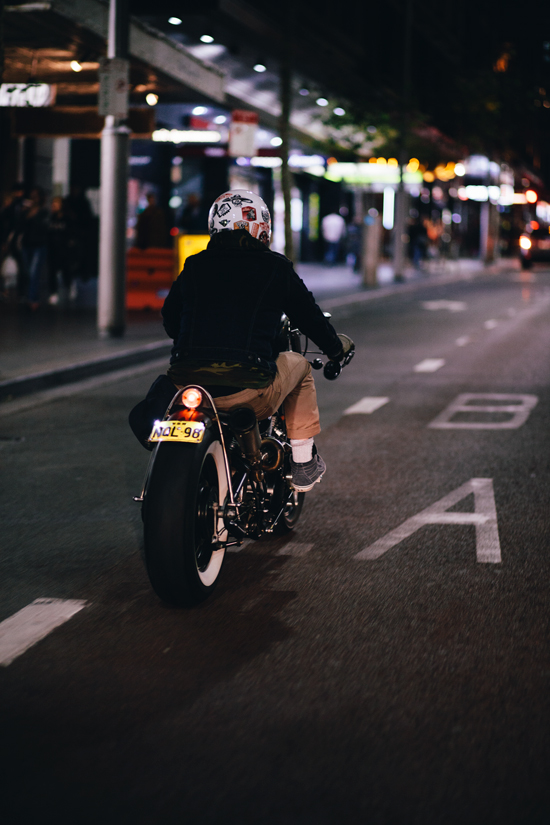 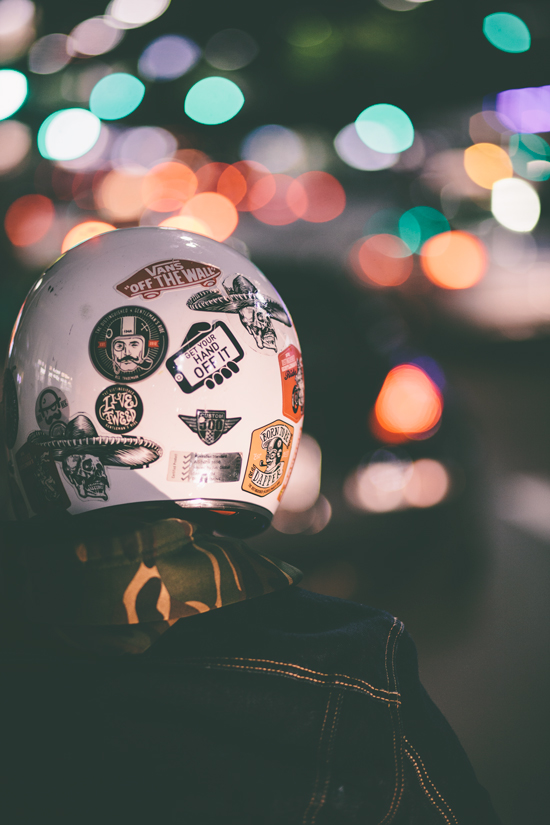 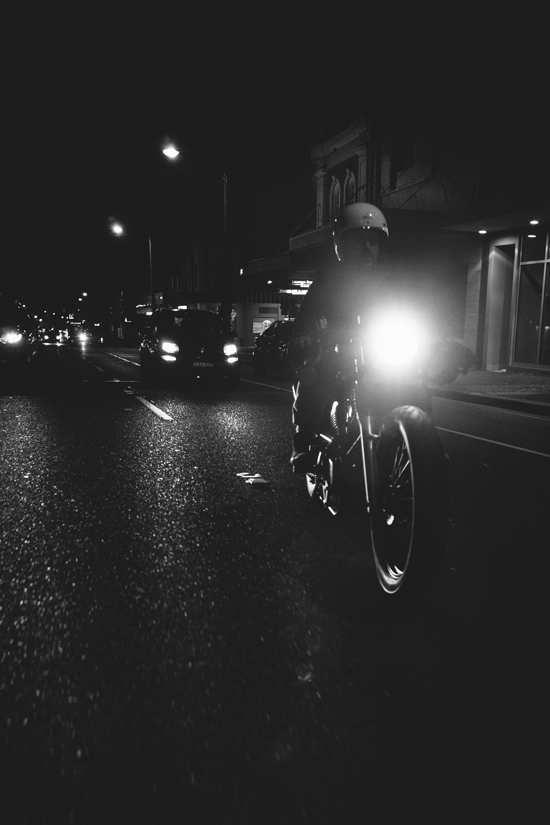 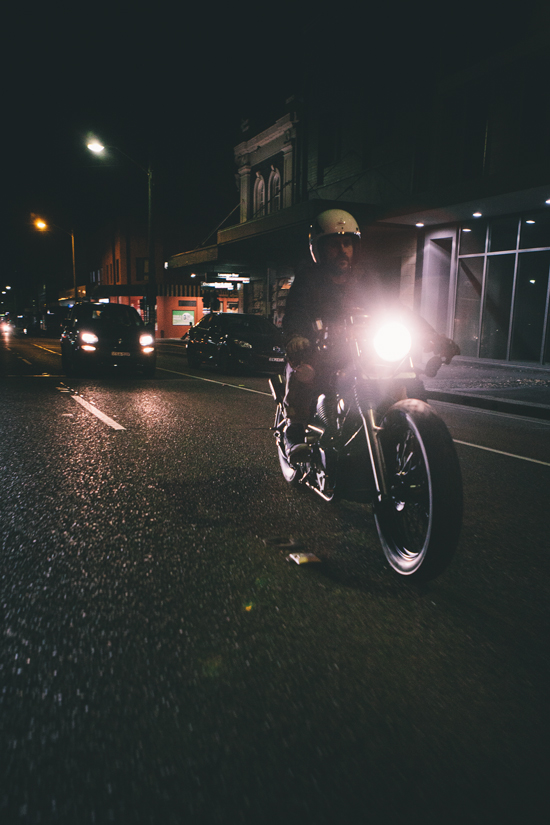 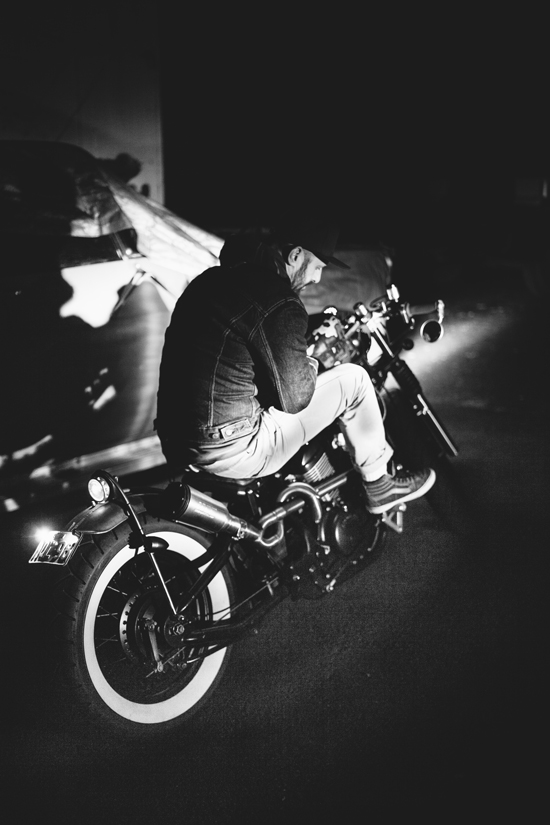