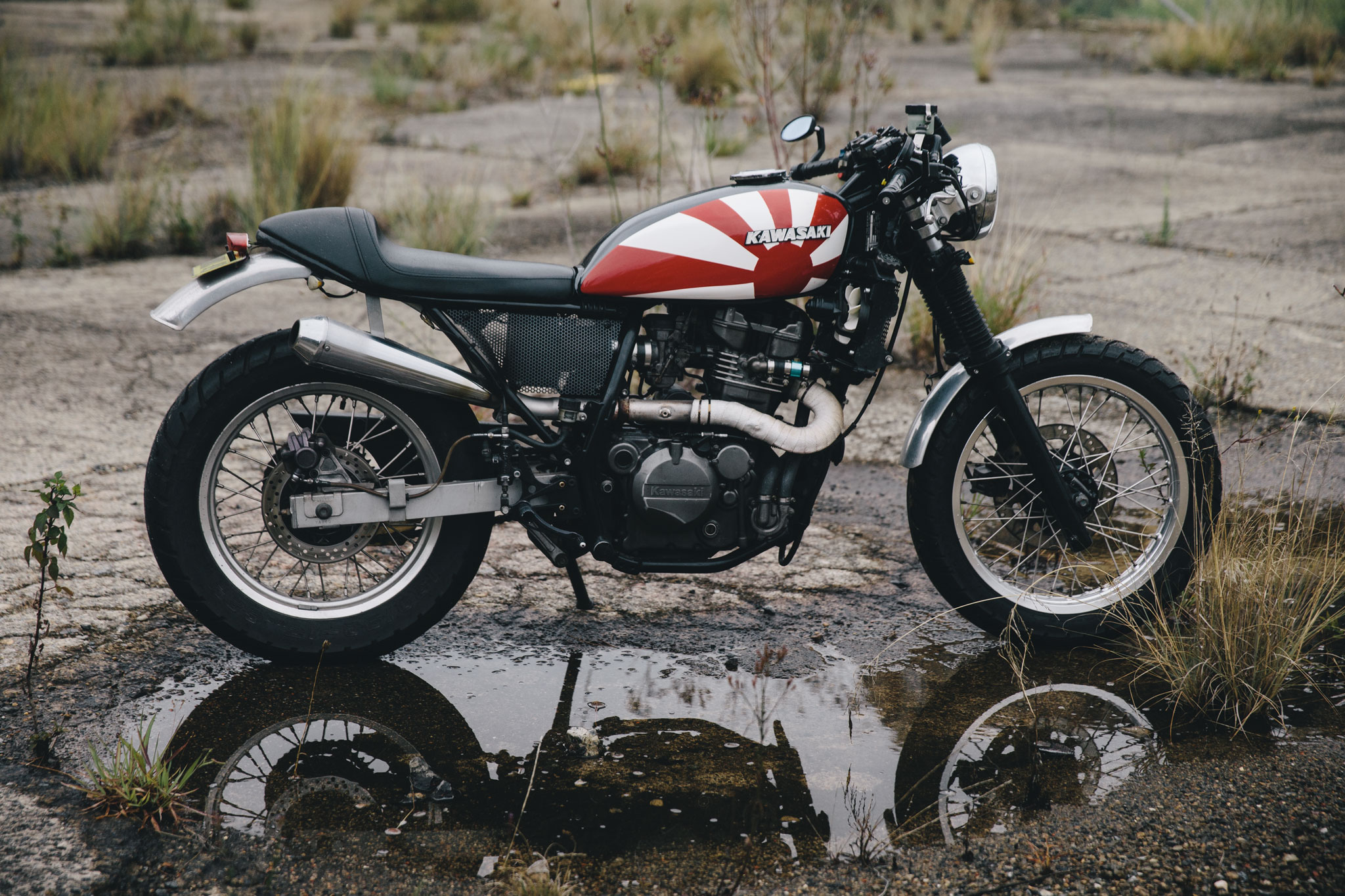 It was 7 years ago while on a holiday visiting family in Indonesia that Andre got his first dosage of 2-wheeled fun. This new passion would be brought back home to Australia as he got his own set of wheels, and so began the tumultuous relationship between man and machine. 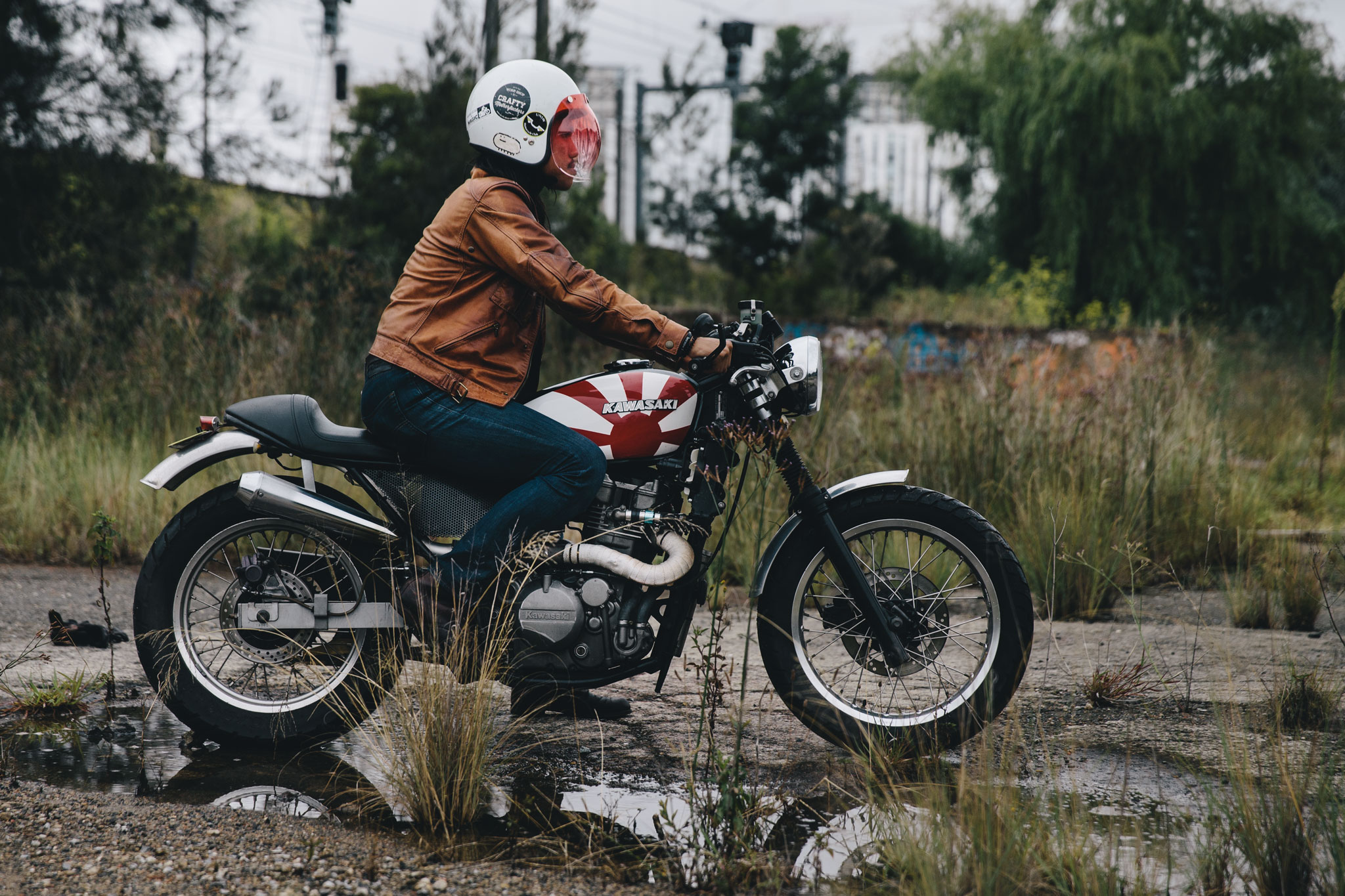 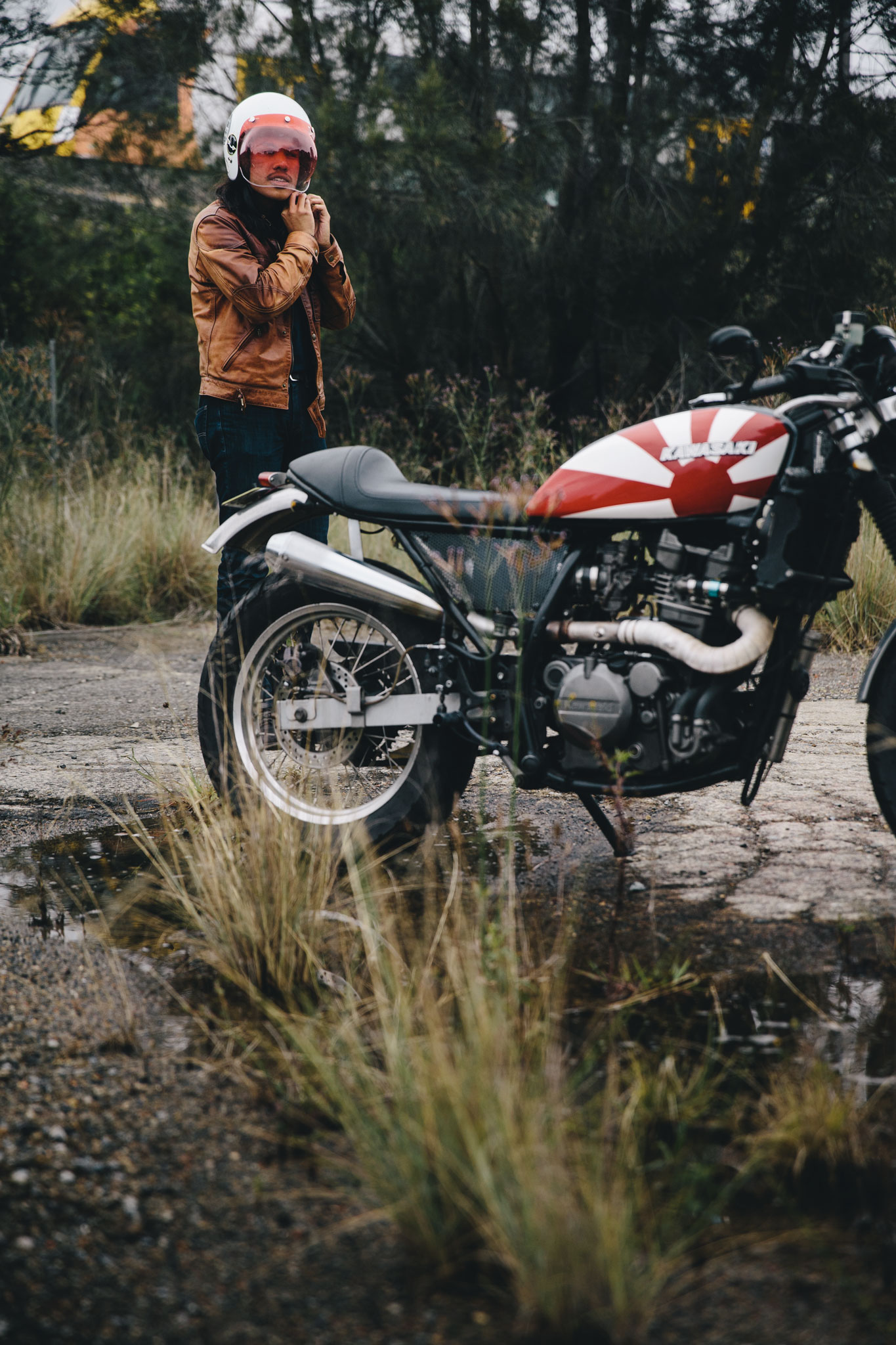 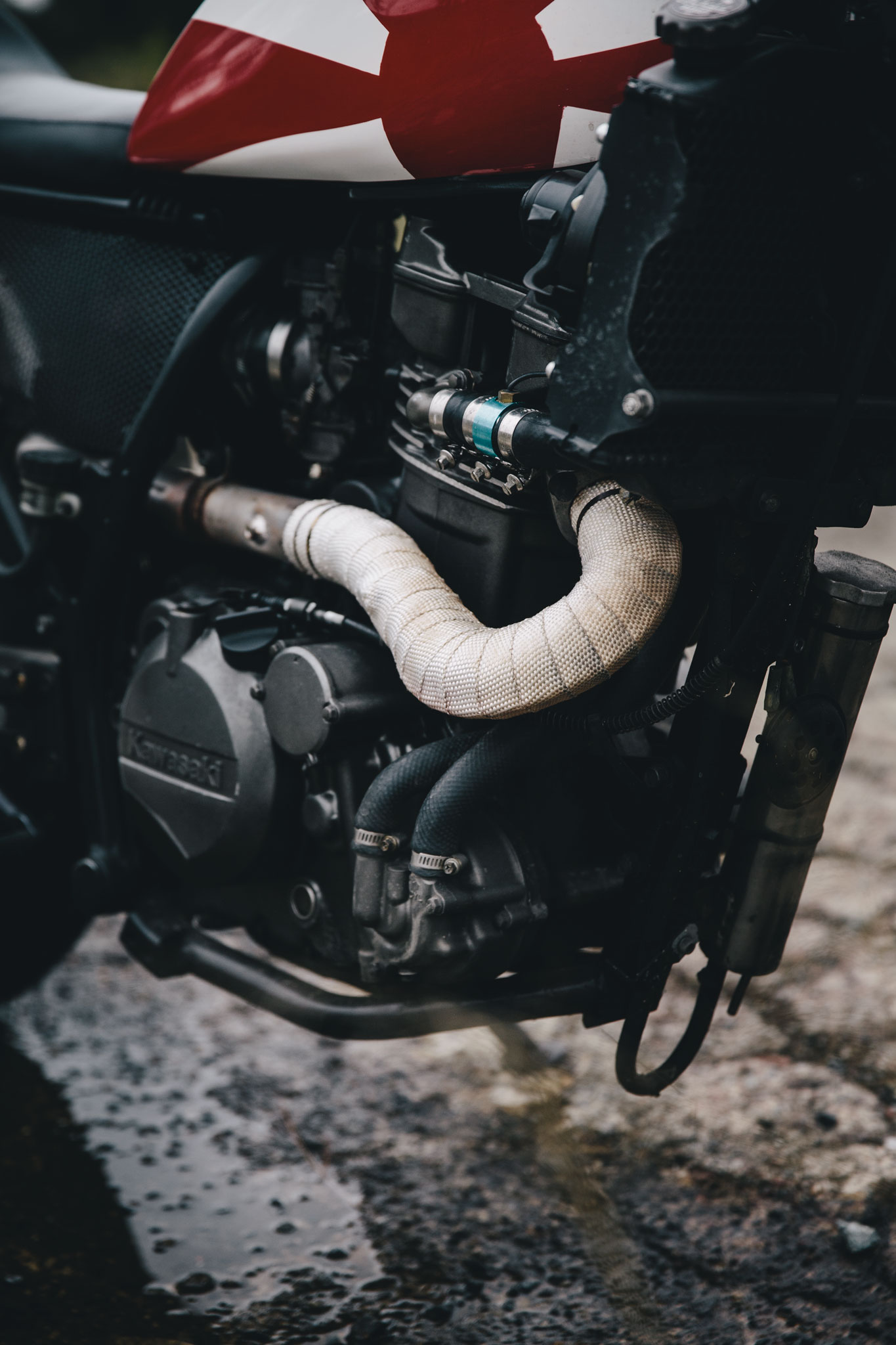 Despite protests from his Mum in regards to going riding with his cousin on little 150cc Yamaha semi-auto scooters, a little convincing and a reminder that they had purchased travel insurance later and Andre was on his way. This new thrill of riding around feeling one with the surrounding environment, the experience those in cars can’t quite enjoy, struck Andre instantly. “I knew the moment I touched down back home I was going to do all I could to get my bike licence so I could experience it again and again.” 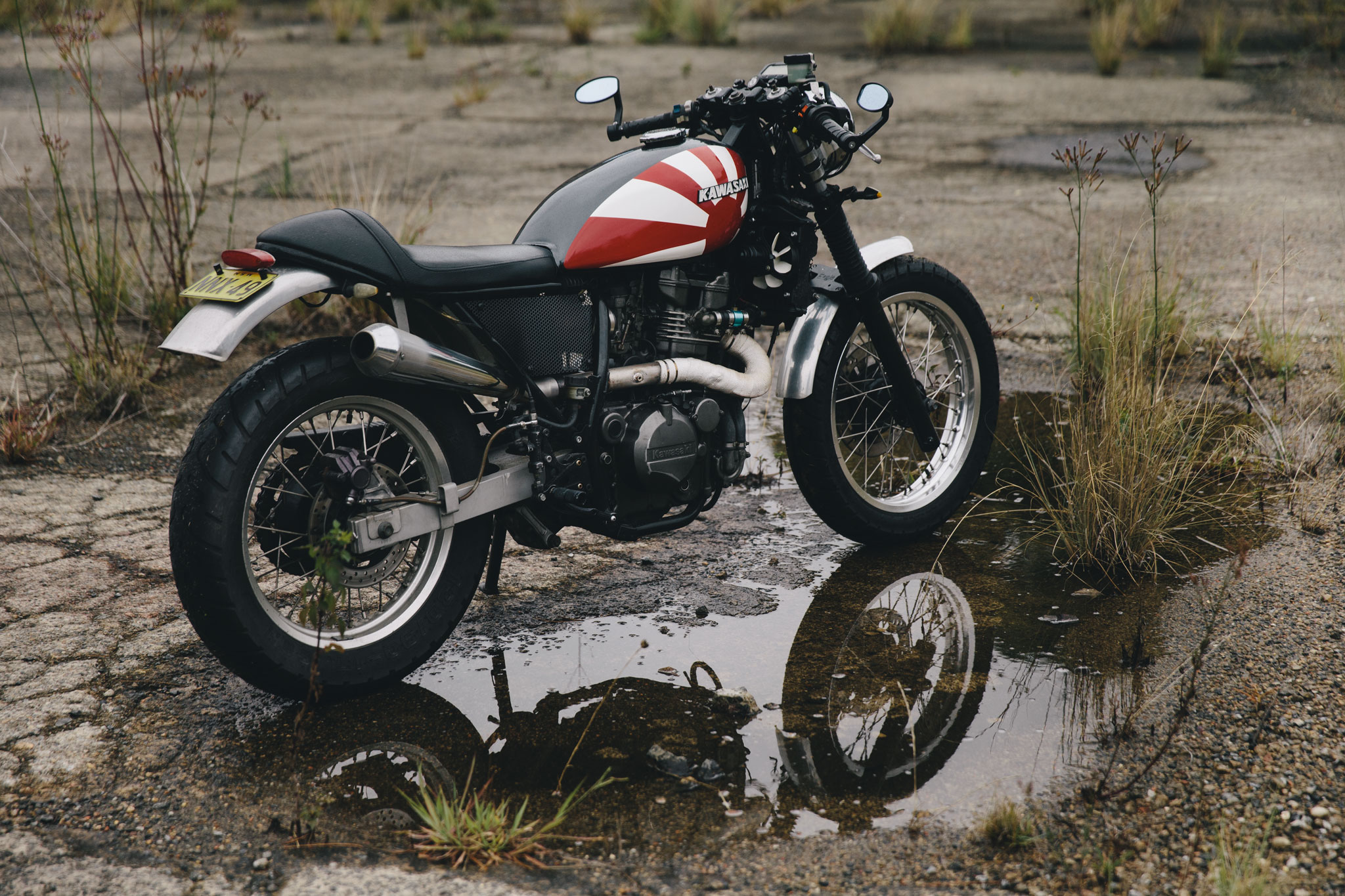 “At the time, I was amazed at how easily freedom is afforded to those who can ride, the notion that on a whim you can go from your bedroom then get lost somewhere in the wilderness. Another thought I had from the ‘Indo experience’ was my amazement of these people pushing their bikes to the limit of their capabilities, their practicality: family of five on a single 150cc, nothing exceptional about that – but the best I’d say was a dude pulling an entire scaffolding set with his Yamaha Mio Scooter. Underneath these components was some braided banana leaves to prevent them from eroding away before reaching the work site.” 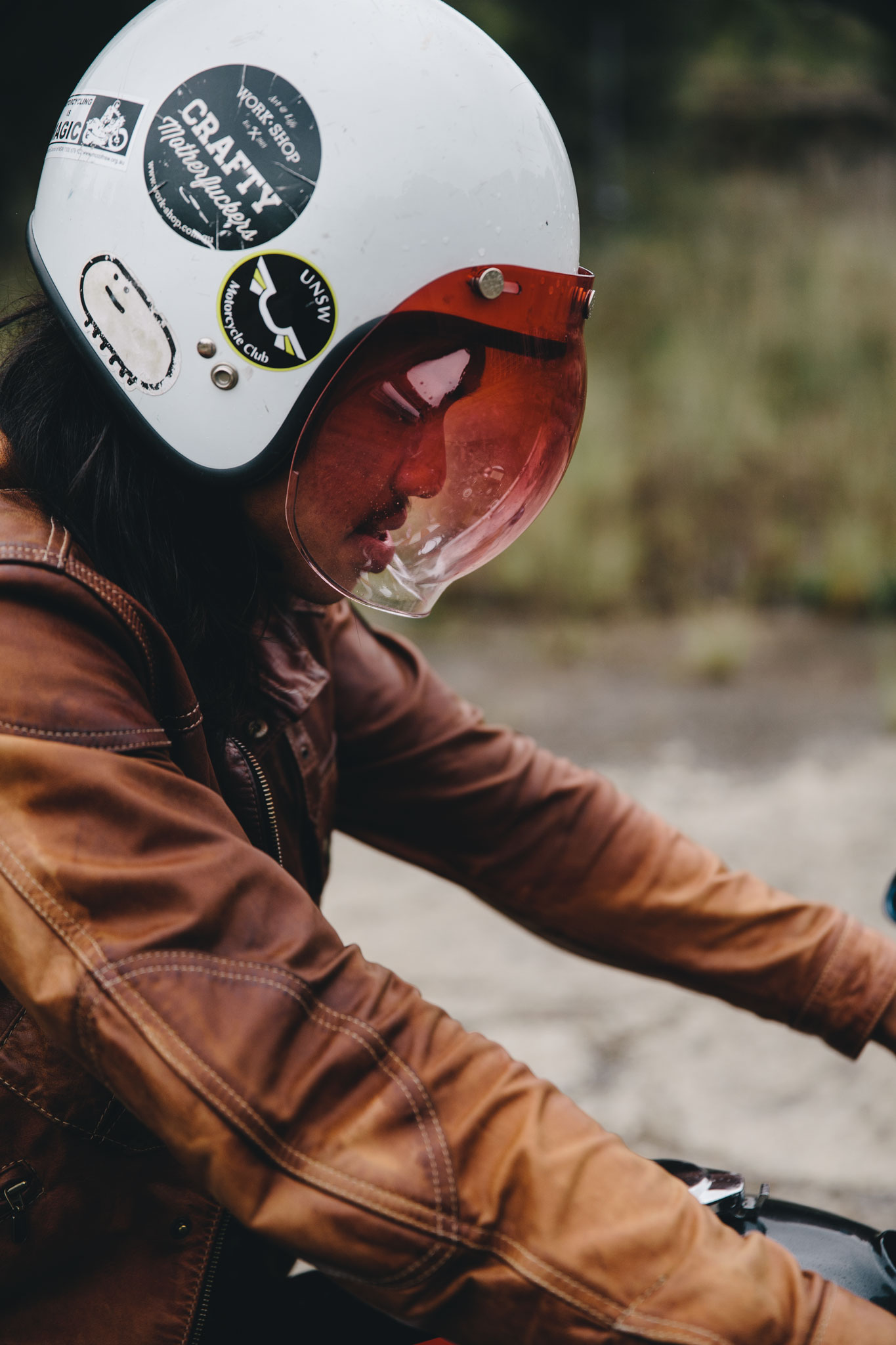 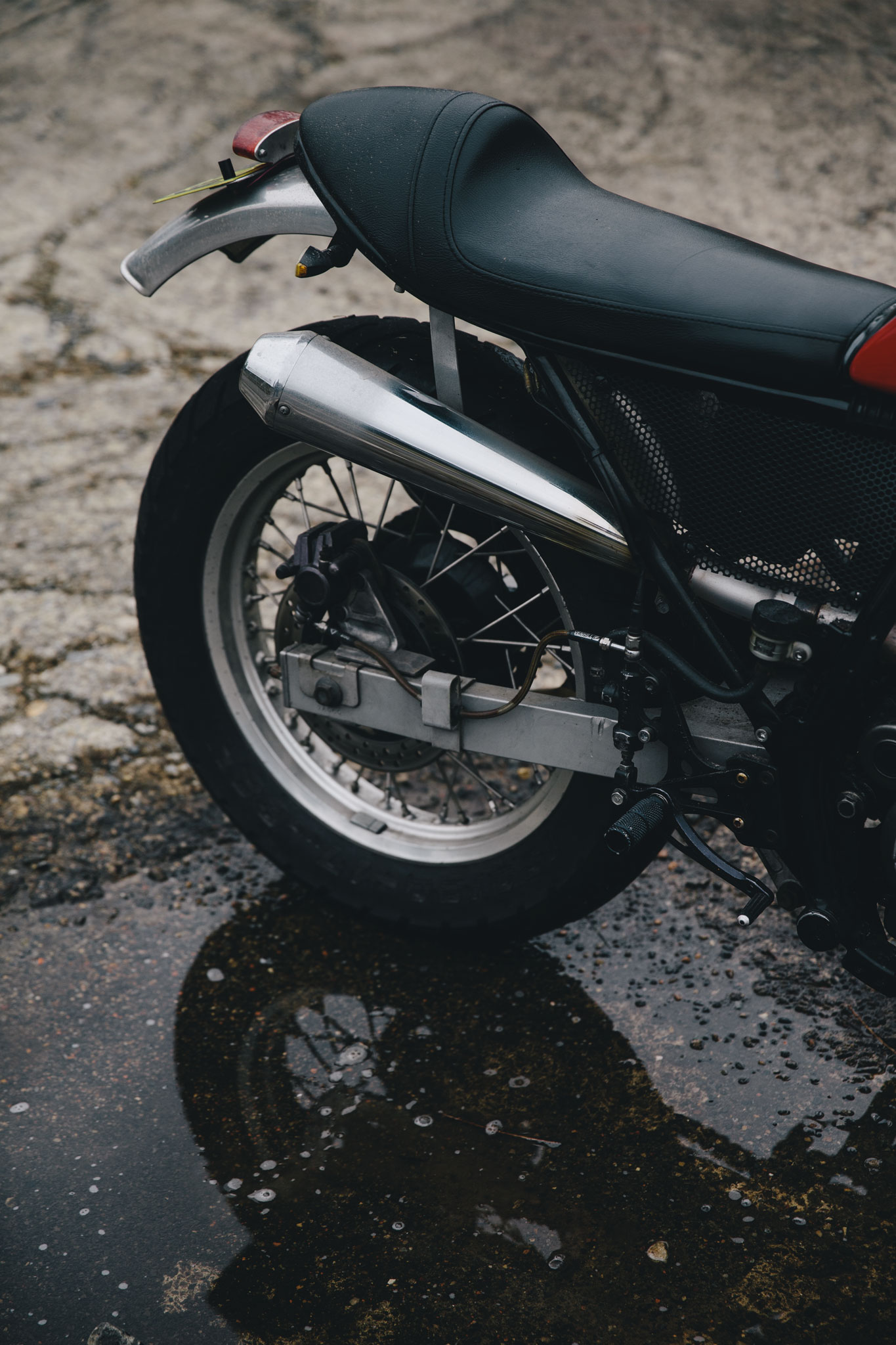 Sure enough back home Andre had his licence, and a trusty 2007 Honda CBF250. Leading up to receiving his unrestricted licence, all Andre could think of was getting something bigger, something that would leave the Honda 250 in dust. “In my online search, I came across a 1987 Kawasaki KLR650. The paintwork immediately grabbed my attention.” This new machine would be dubbed ‘Thumper’ courtesy of a workmate, and so the love-hate relationship would begin between man and machine. “I got Thumper how it’s seen today – except while with me a lot of effort has been spent replacing parts – it’s a tough relationship! Thumper’s broken my heart numerous times… maybe an exaggeration, it’s more on my bank account.” 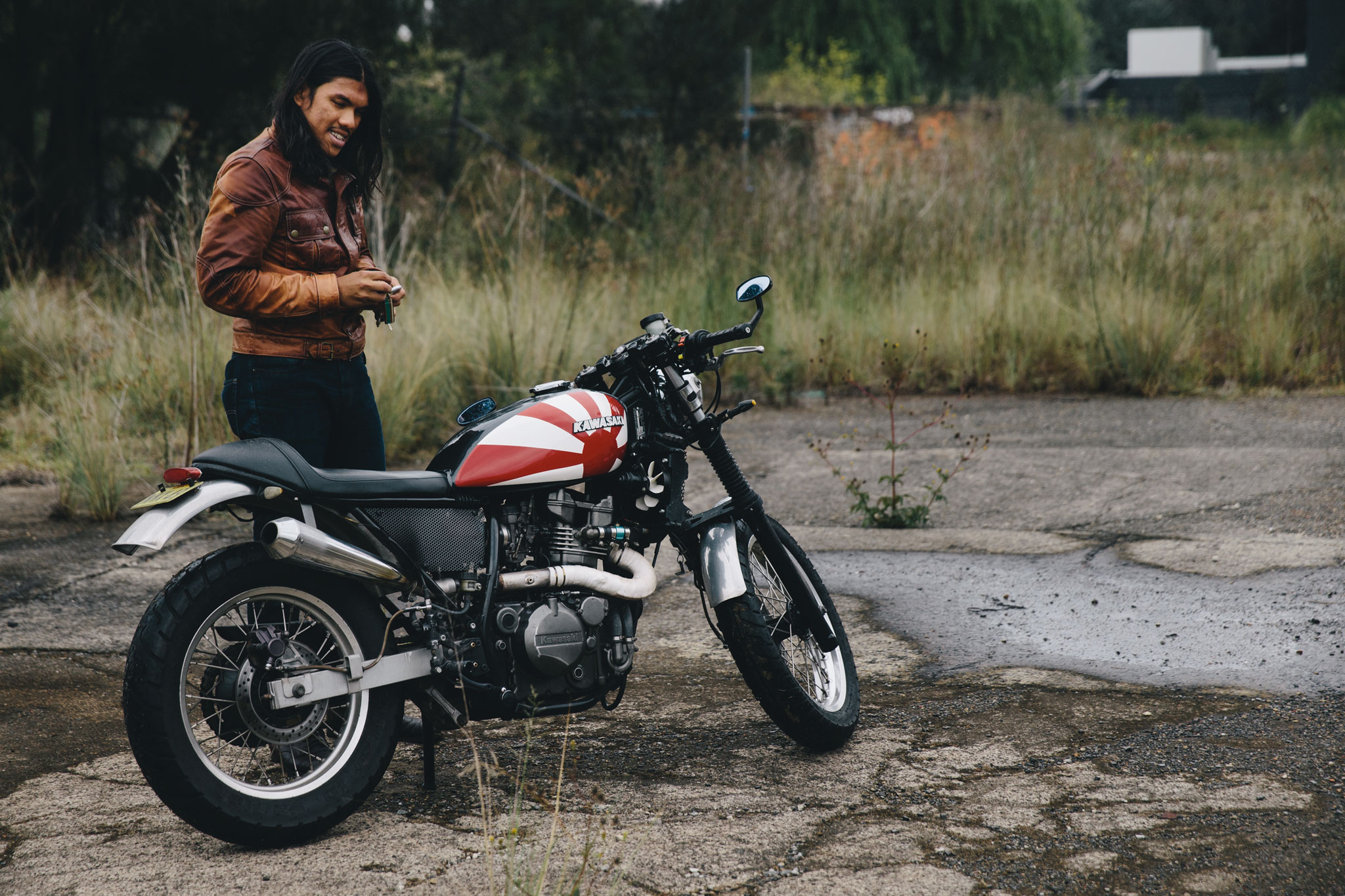 The previous owner had done some work to the bike, including having the motor refurbished with aftermarket forged high compression Wossner piston and rings, a KZ400 tank with Rising Sun custom paint-job, rear brake braided brake lines from a CBR600RR master cylinder, and the forks internally lowered to achieve more of a café racer streamline look. “I’d replaced the motor experiencing issues with the bottom end and was constantly dealing with leaking oil around the motor’s cooling fins, I believe caused by the stress from the high compression piston. I soon also had the clutch replaced.” 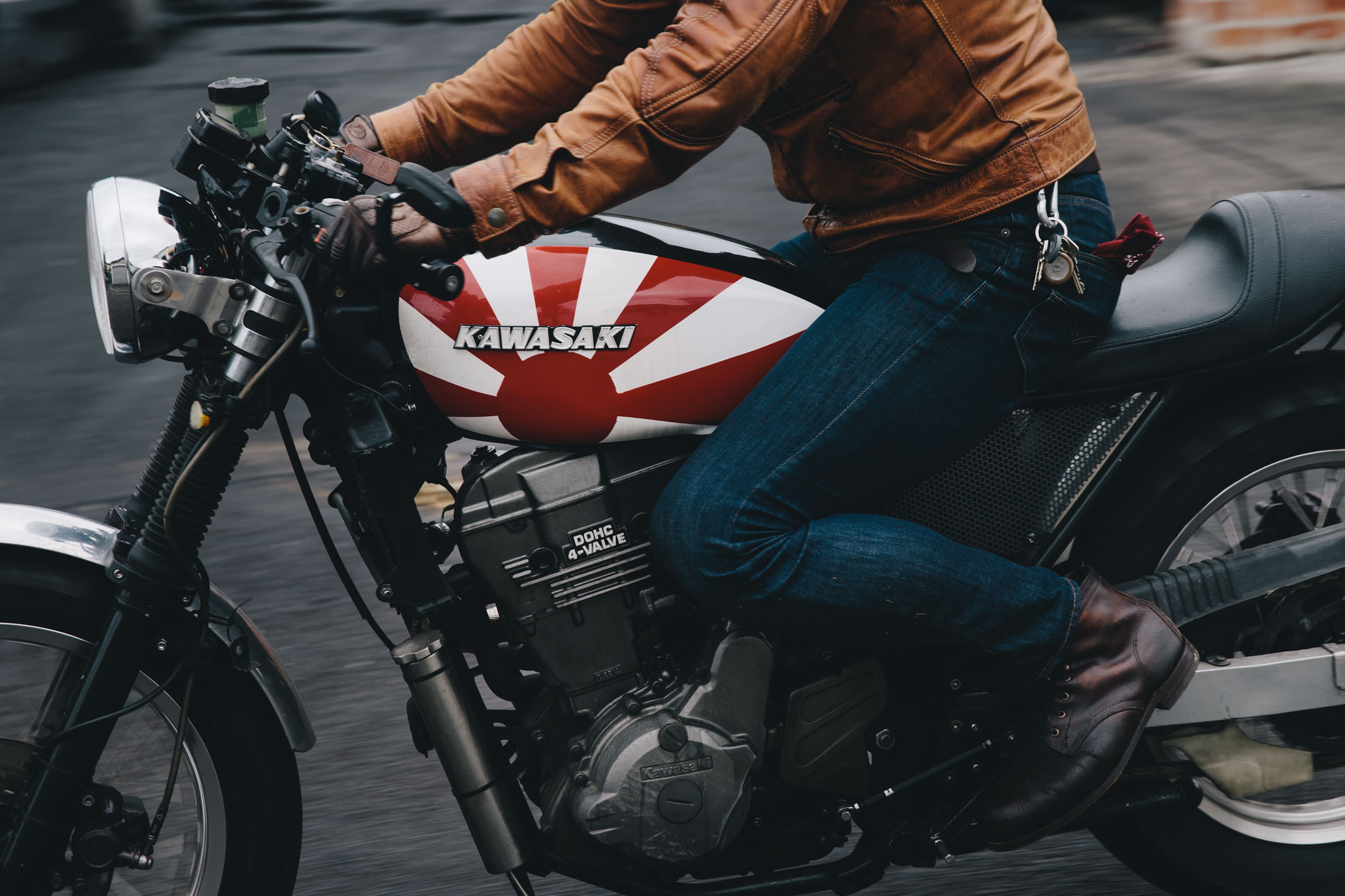 “The main lesson I’ve learned riding Thumper is that you cannot take Thumper for granted, otherwise Thumper will fuck up your day! One morning riding to work I lost the gear lever – I was in fourth gear and somehow I’d managed to get it to first and stayed in that gear for another 20km before reaching the office. Another instance, I was riding along and out of nowhere I lost the right footpeg. I stopped and backtracked to see where it have might dropped to the amusement and confusion of the other vehicles stopped at the lights. I gave up and used the opportunity to put my Mechanical Engineering degree to good use by raiding someone’s garden, ‘borrowing’ some bamboo and employed bush mechanics to created a temporary peg. Fortunately it held long enough for me to reach home without drawing any suspicion I was a defect-on-wheels.” 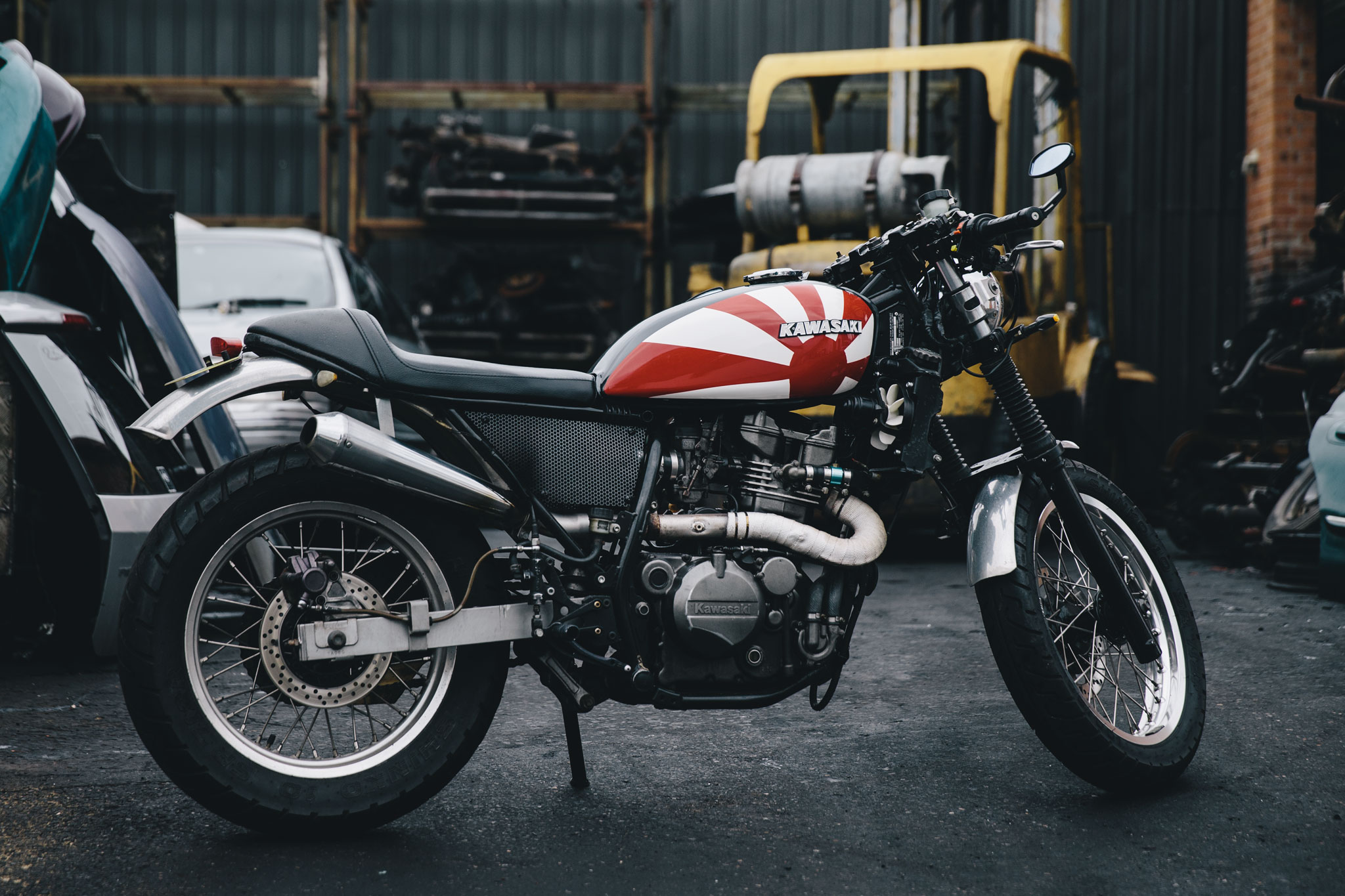 “Despite its flaws, I love the bike. It looks great, and while riding it sounds tough and almost always it turns heads. The main thing I like most about Thumper is that it’s not perfect, like me, like mankind. One thing that comes to mind, every time I come to turn the bike on, the odometer is reset. Therefore each time it appears I am riding a brand new bike, but maintenance is a bitch – so the bike’s over-maintained. The always-resetting odometer would help immensely if I were to resell, but I don’t believe I ever will.” 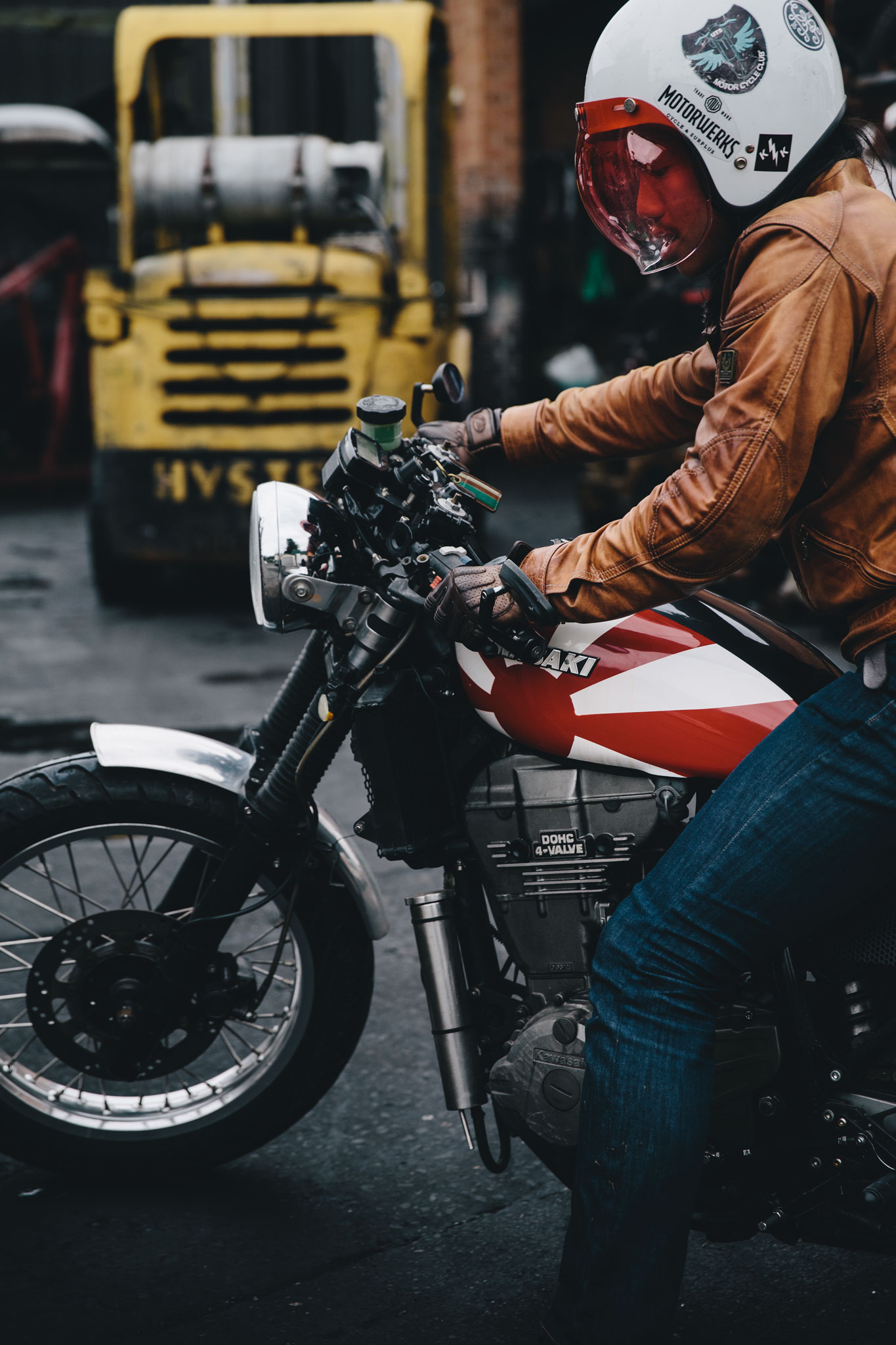 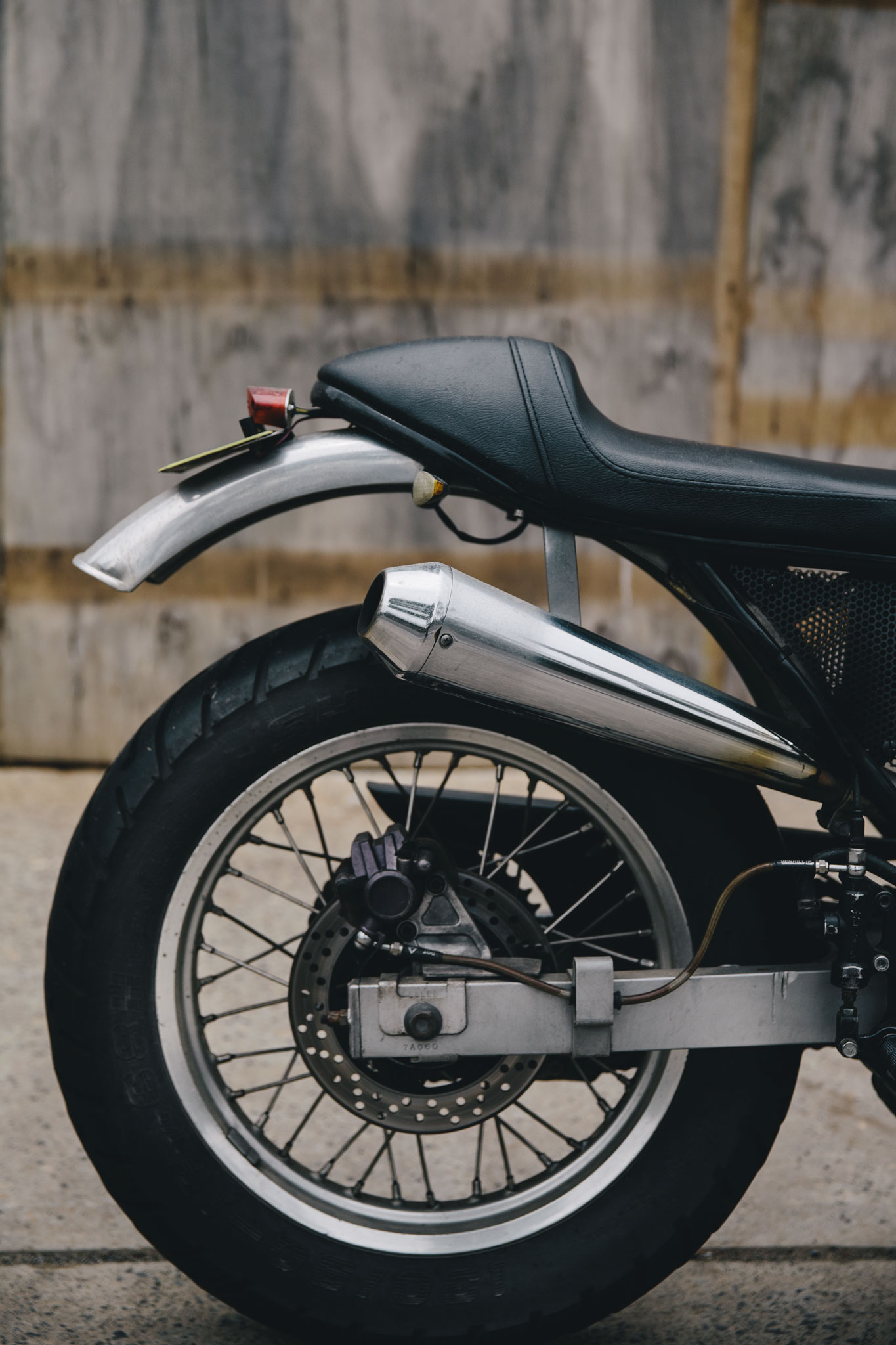 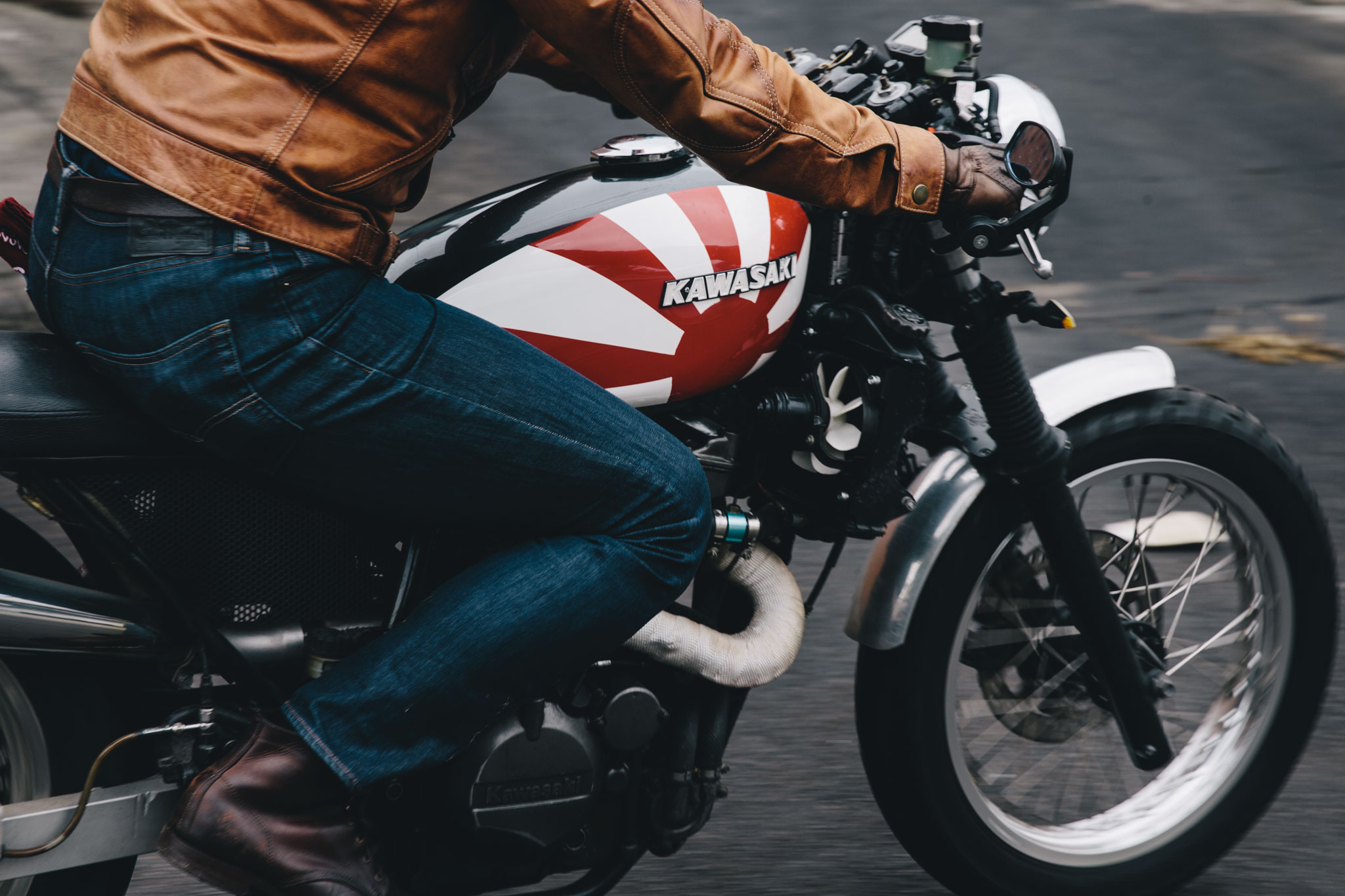 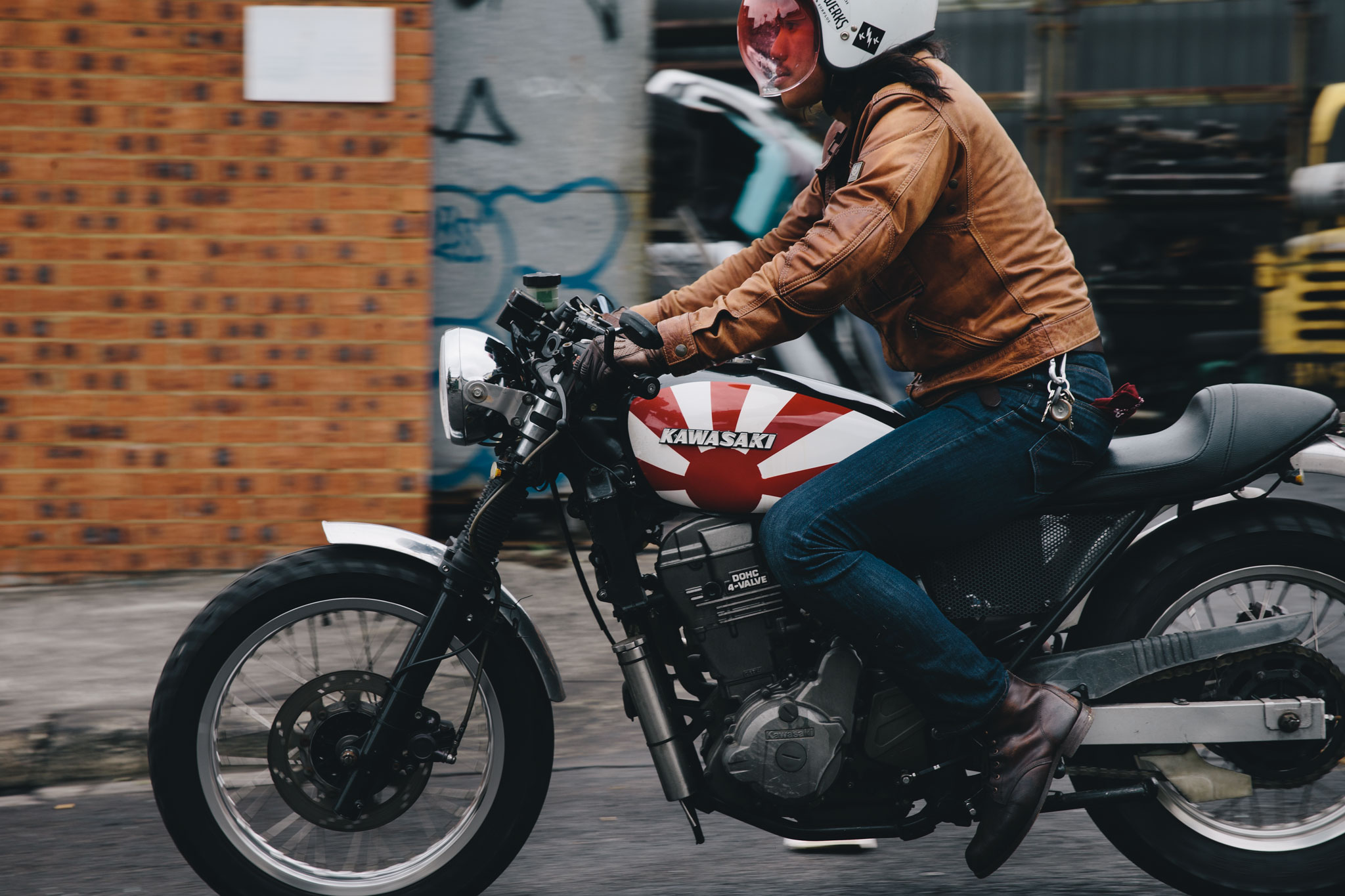 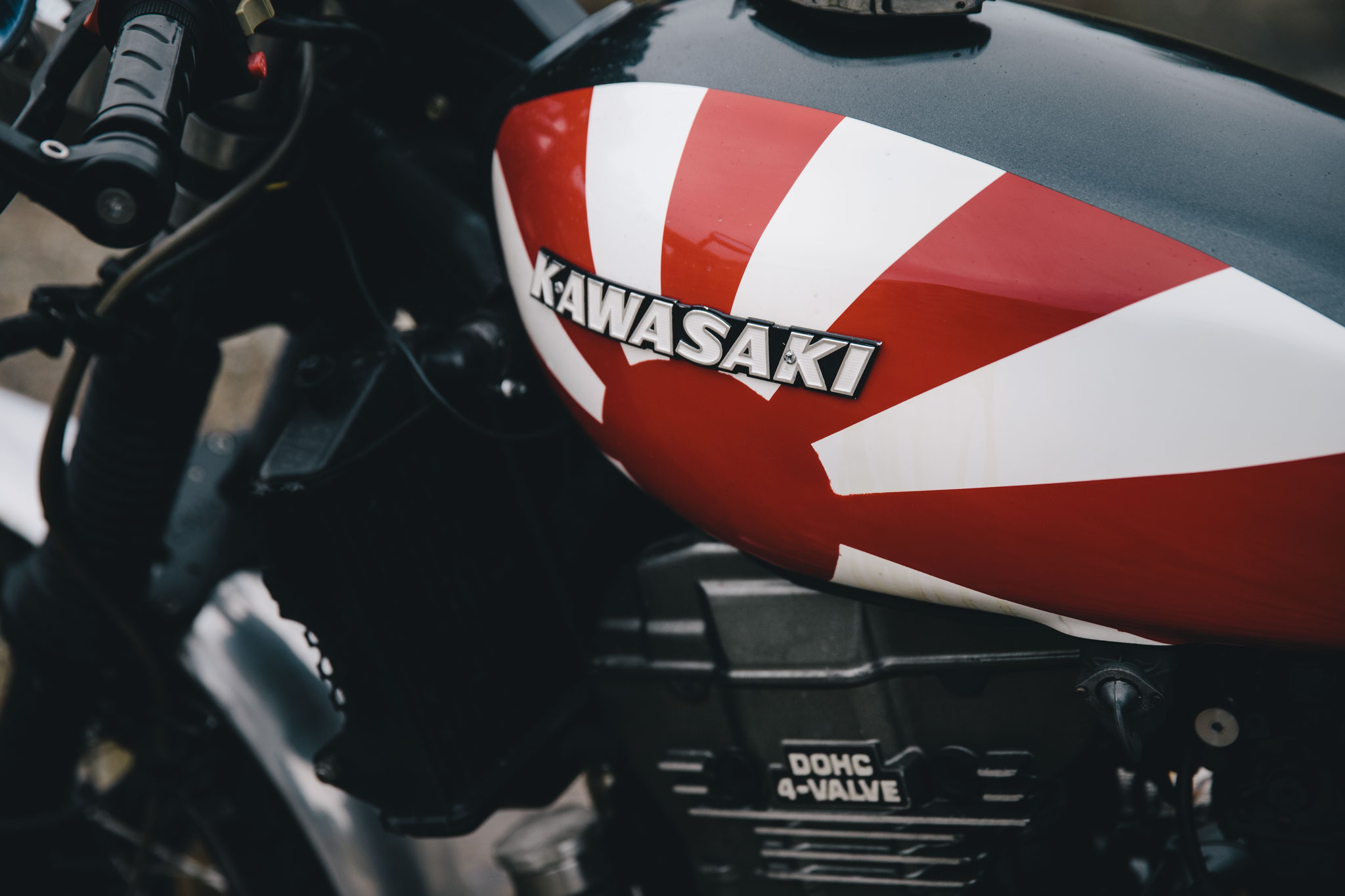