Tommy has been tearing about on two wheels since he was a kid out at Tamworth on farms, thrashing about on his favourite DT175 which his family still has to this day. These days he’s upgraded to something with a bit more balls, a killer Harley-Davidson 1988 Sportster. “The bike hasn’t got a name as yet, it’s definitely a little bit of a mongrel bike” The aggressive and varied look of the bike definitely reflects this. 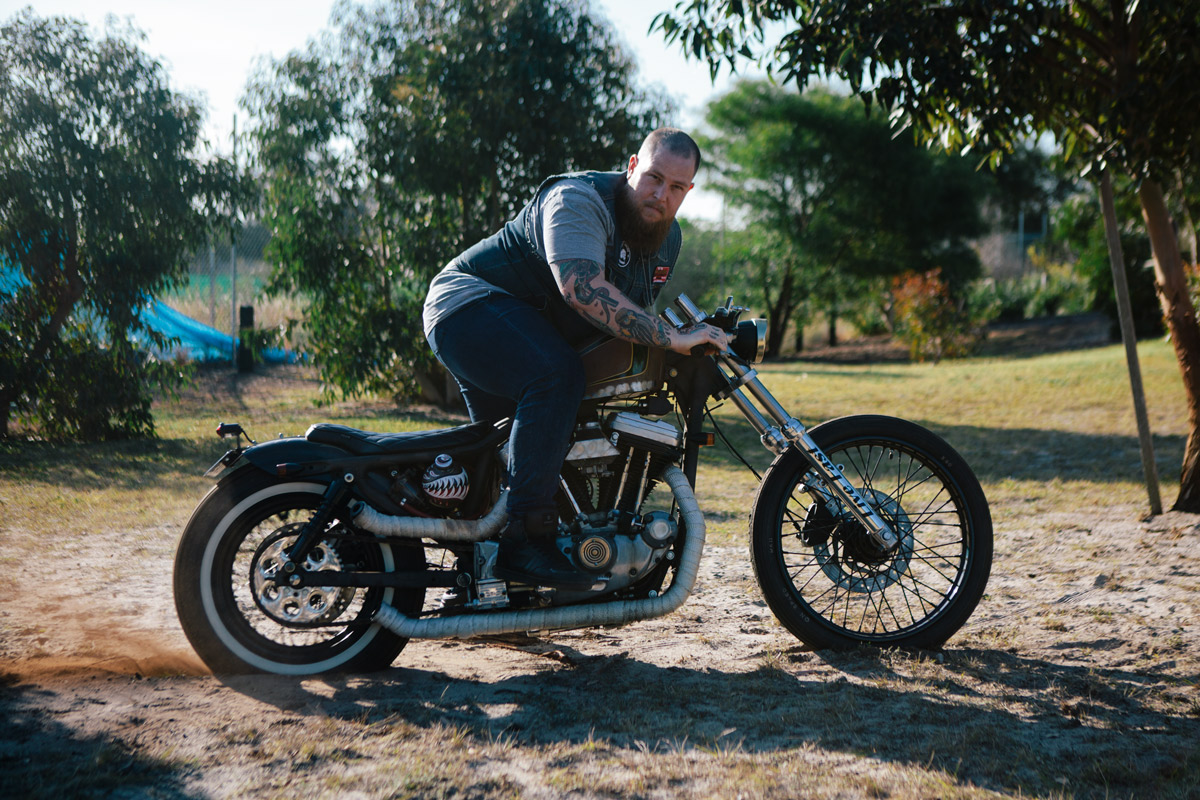 Inspired by his love of rust, old wares and farmyard paddy bashers, this bike definitely showcases Tommy’s style. Rustic and authentic, it could be a bike that’s been freshly dusted off out of a shed and given a once over. “The credit can’t go solely to myself however, the bulk of the work was done by the crew over at Smith Concepts. Without their time and patience this bike would have never been finished!”

The bike started out as a perfectly running Harley, not a thing wrong with it. Tommy decided to make this bike his own however, and project his own style and image onto the machine. “I was logging, tagging and counting every bolt. I think my biggest mistake was that were was no end game in sight, no particular vision of what I wanted the bike to look like. I took it to Smith Concepts as a motor, frame, and a shitload of glad bags. The trickiest part about the bike wasn’t for me; it was for those guys to figure out my mess! Between them and a bit of help from Rene9ade it all came together in the end perfectly.” 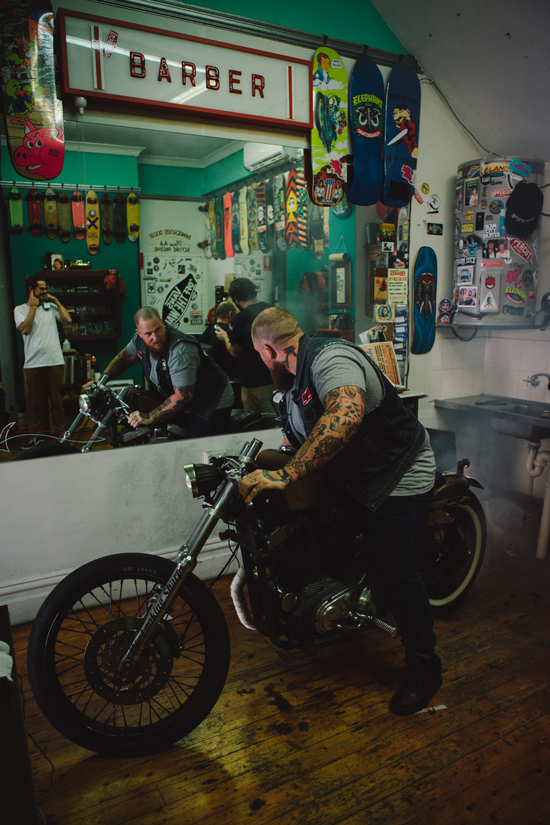 There are a lot of great small details on the bike, from the paintwork to the welding. “My favourite part is easily the leather battery and starter case. That was an idea I had from the very start that Smith Concepts brought to life.” 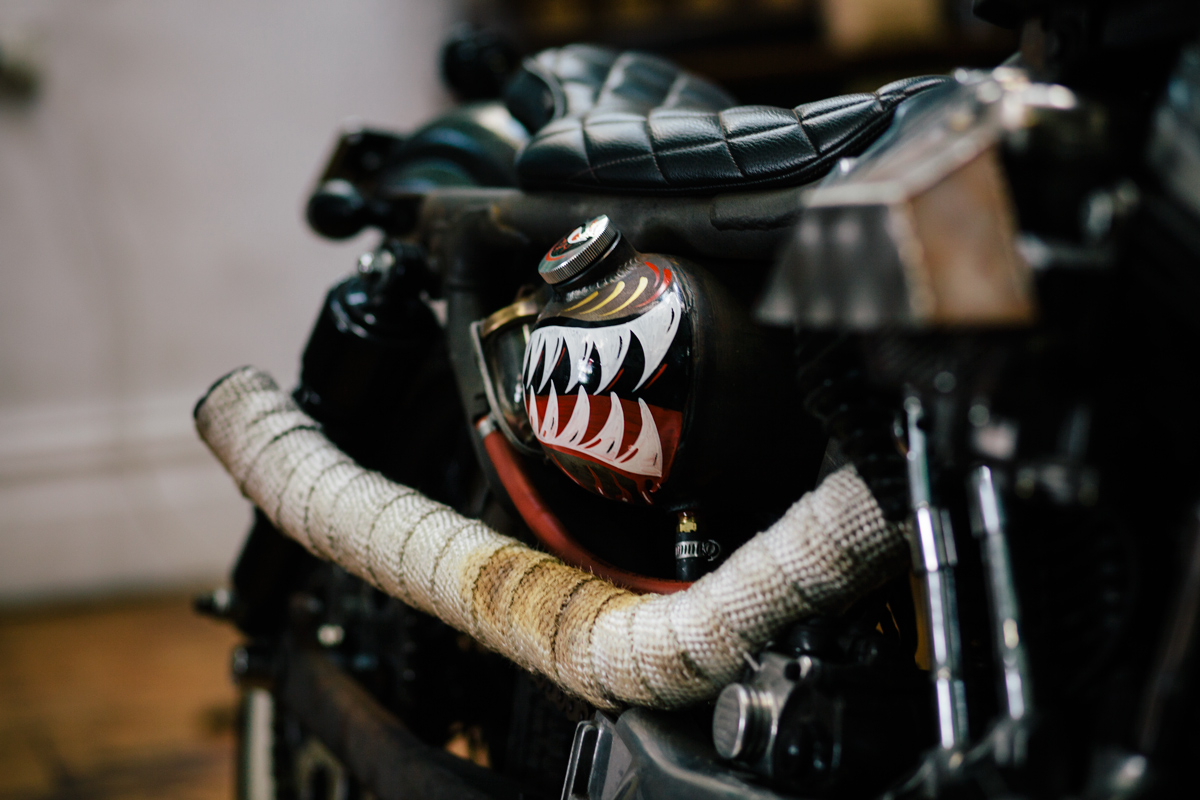 When he’s not cutting up the road, Tommy is cutting up hair in Redfern where runs his own Barbershop, Hair By Tommy J. His style and persona is plastered all over the walls, another passion he’s made his own. “What I love about riding is the freedom, the smell of rubber, tar, and petrol. I love using the time alone to think and get things out of my head. I suppose it’s just a great way to keep life positive.” 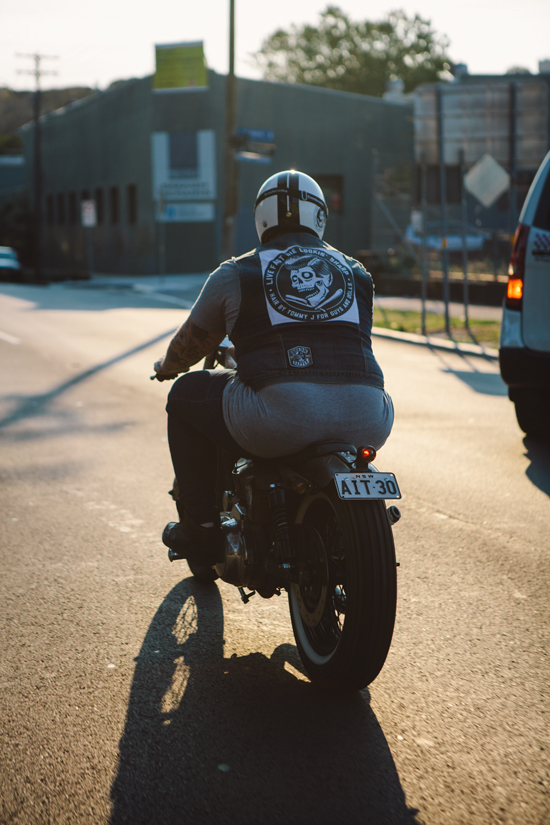 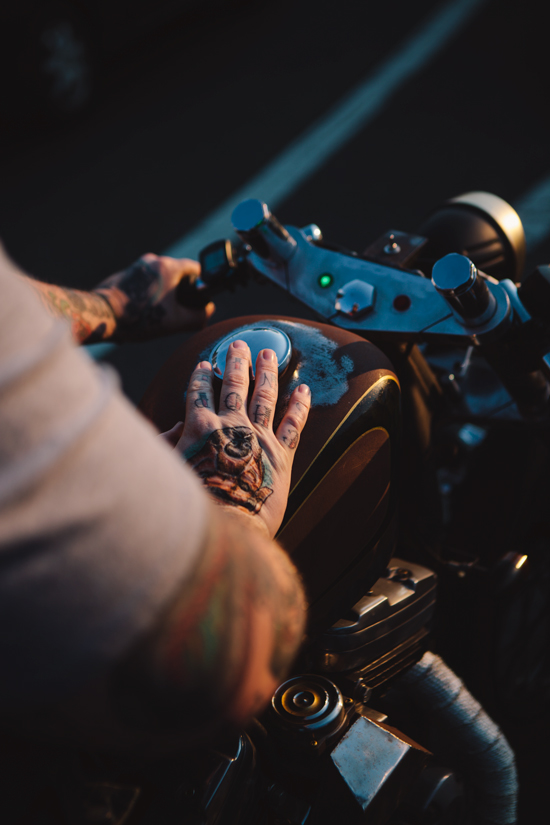 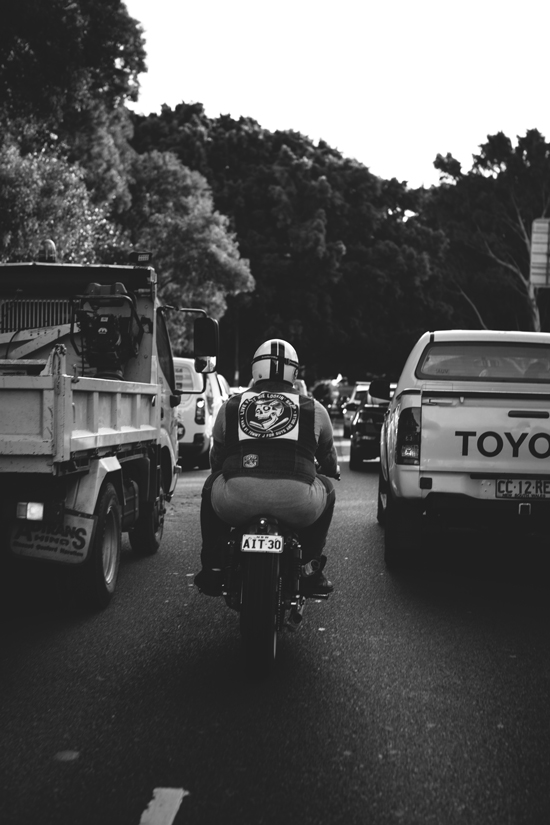 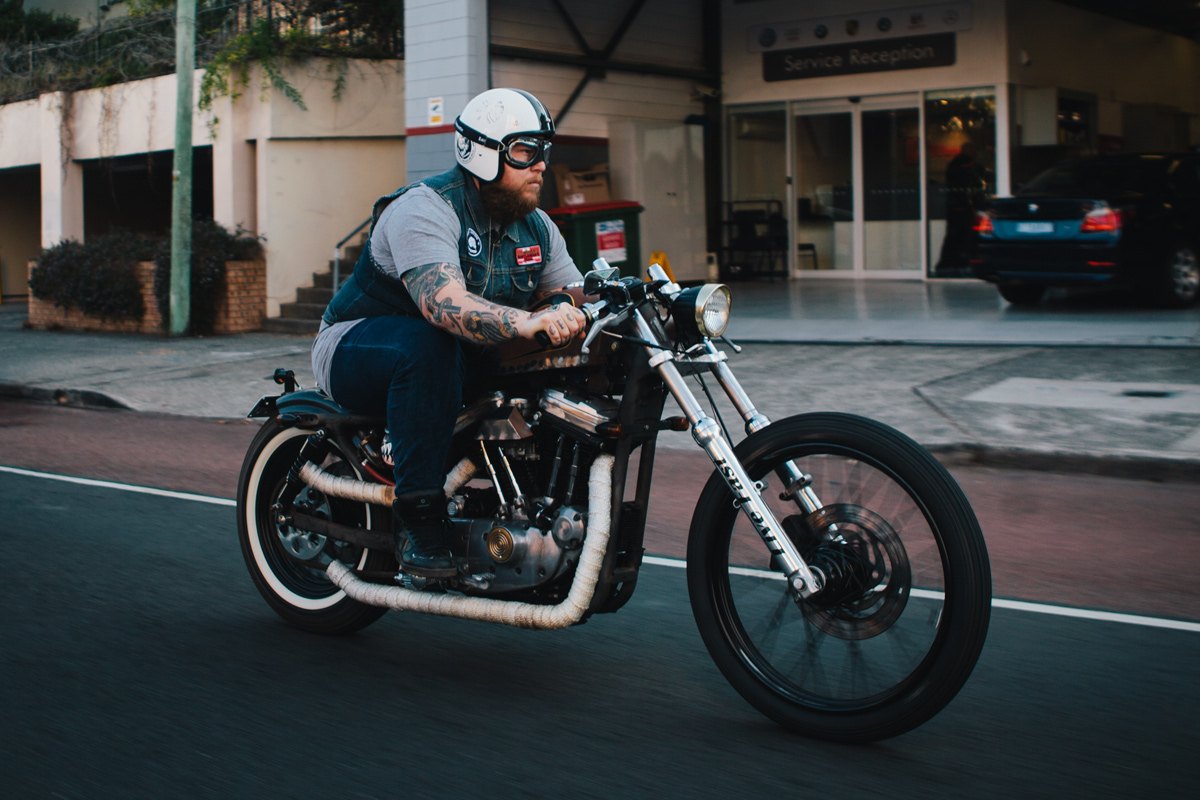 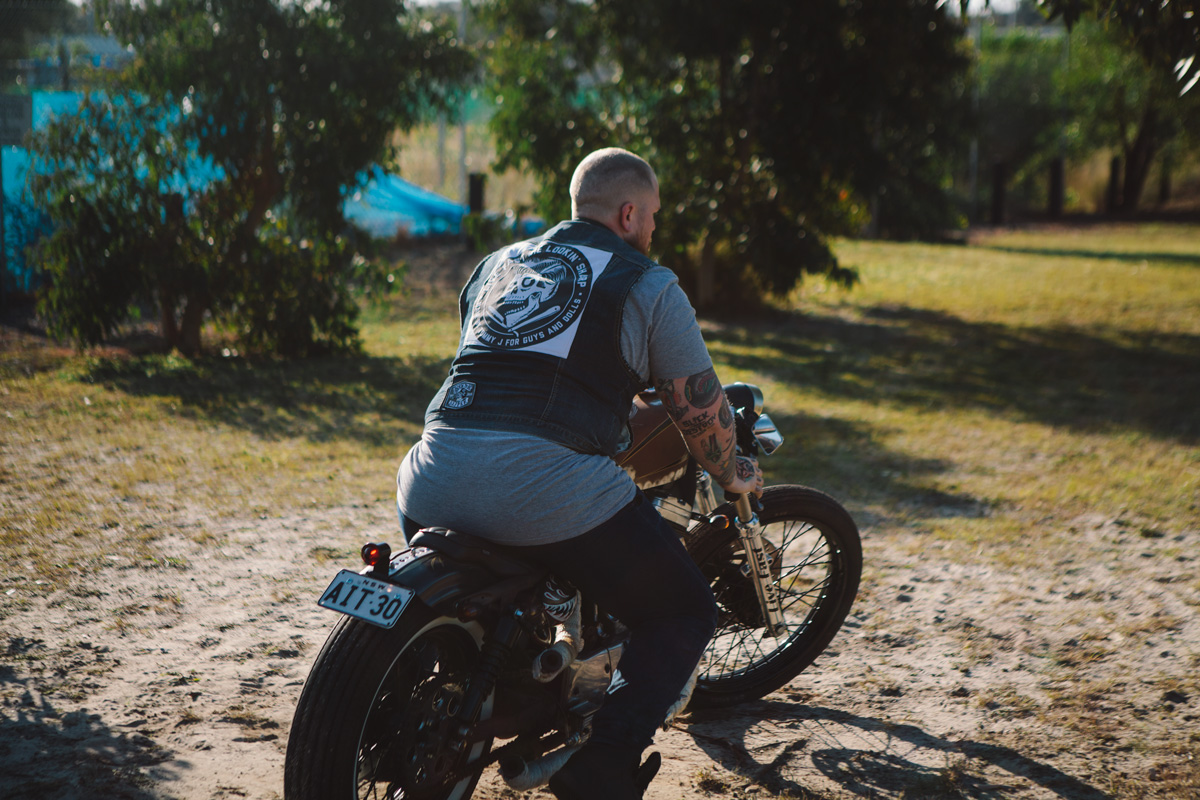 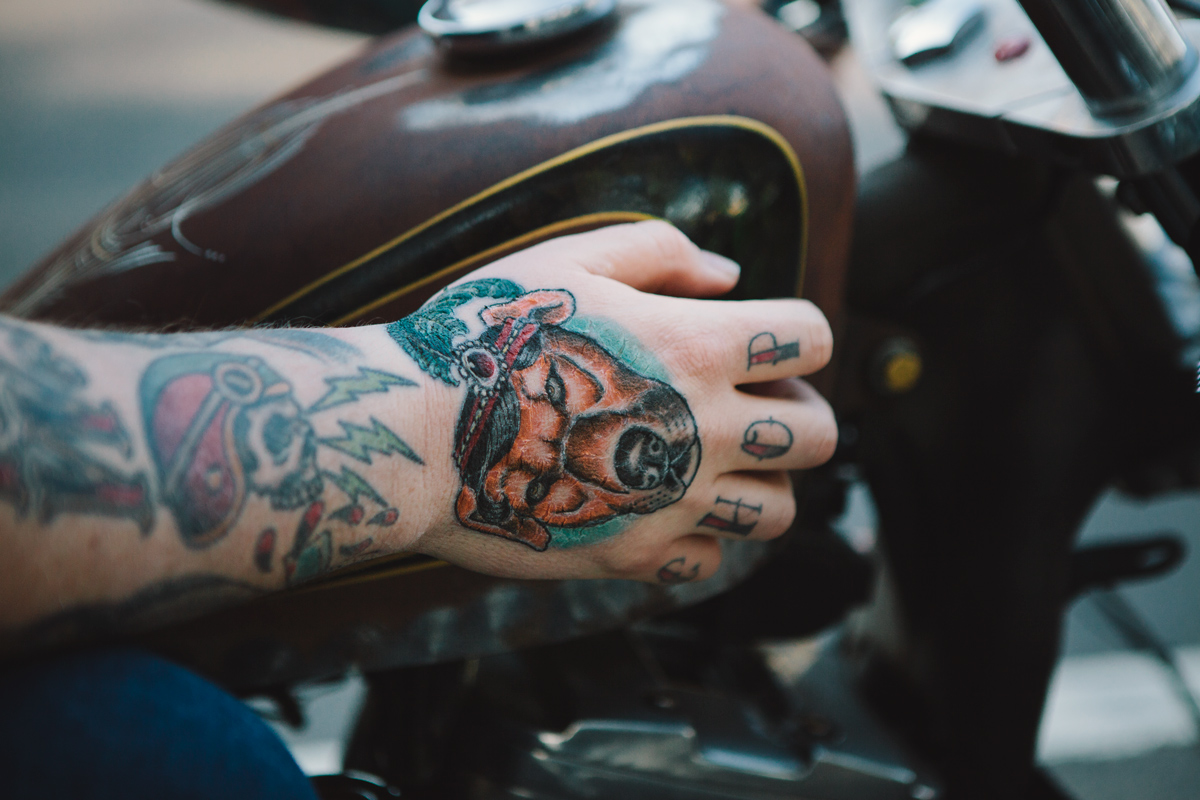 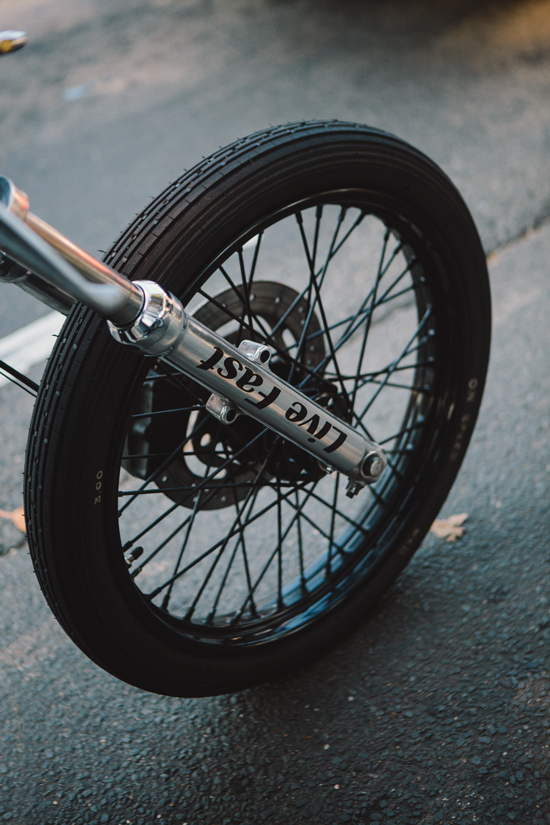 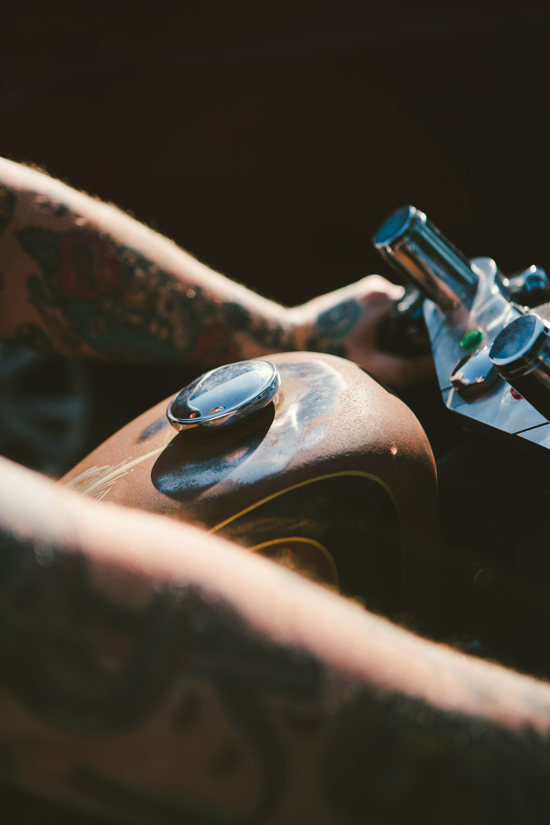 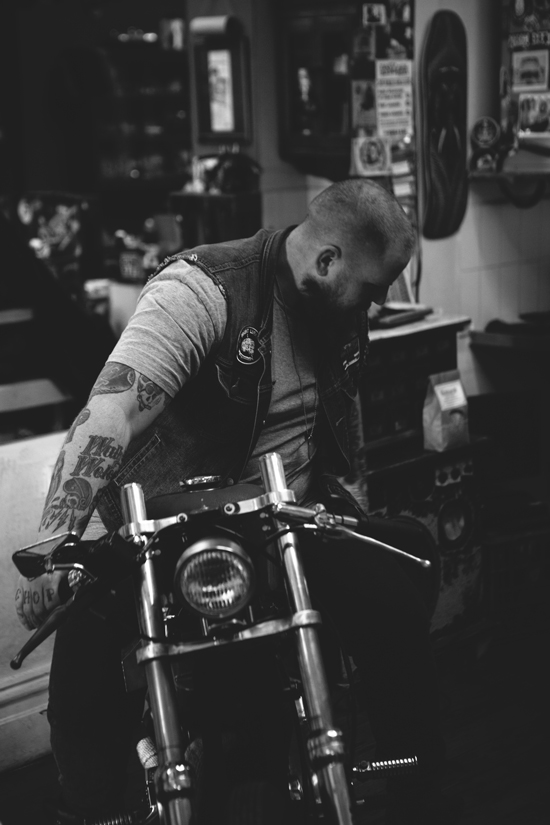 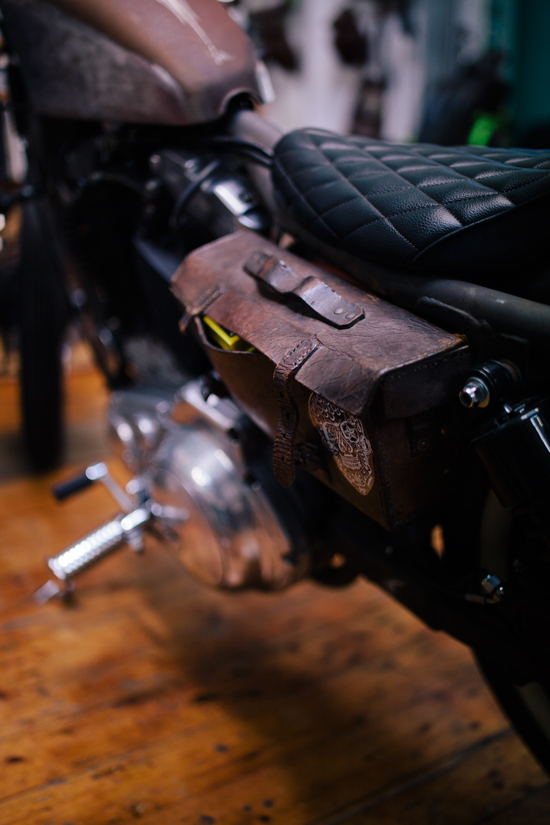 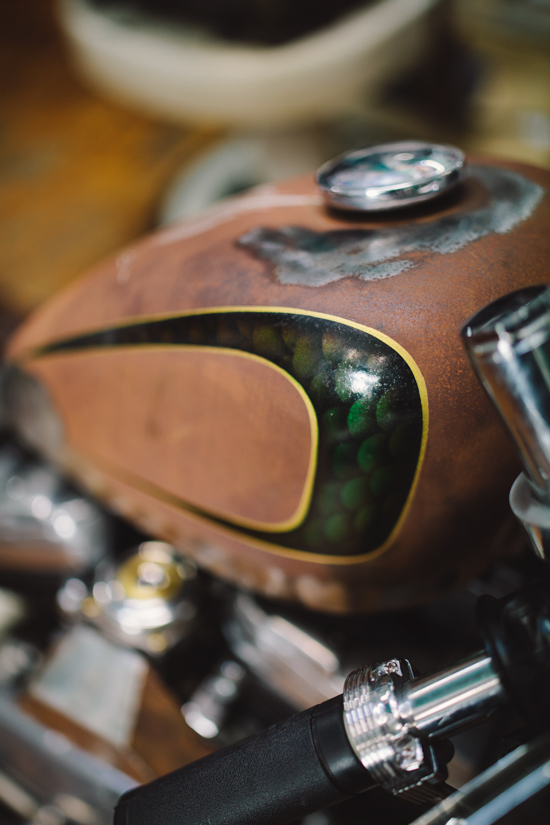 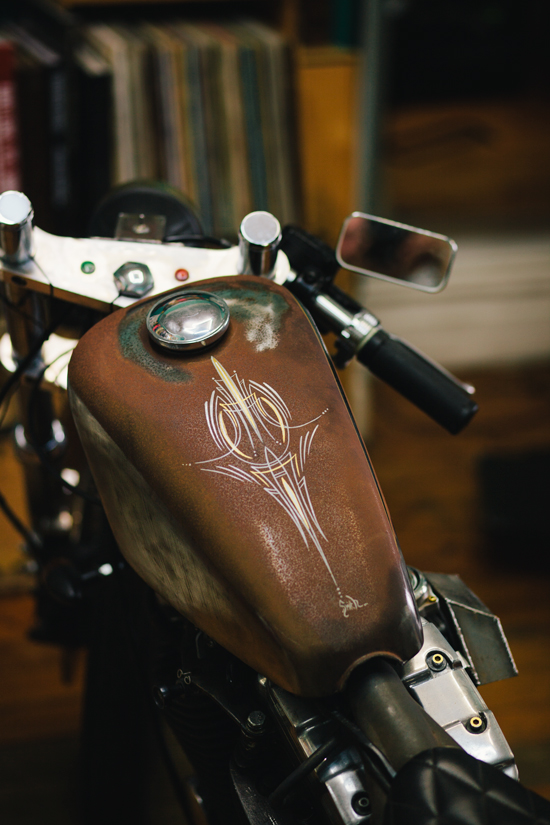 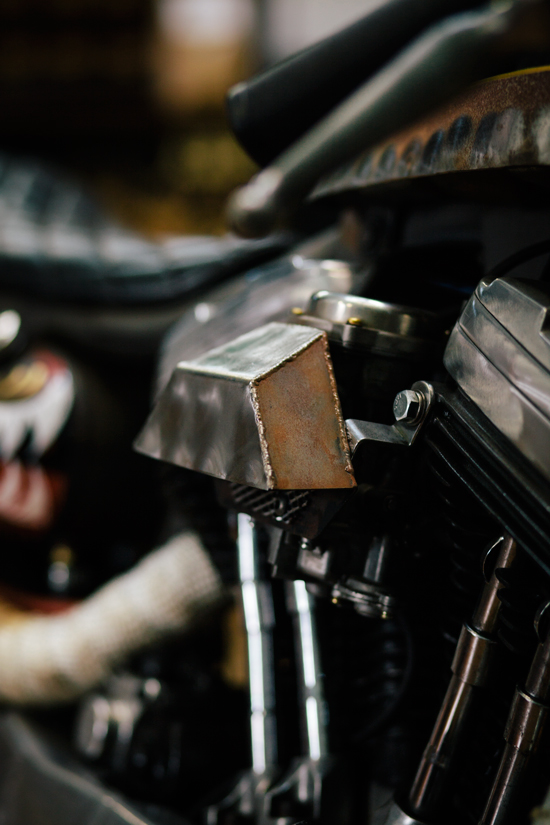 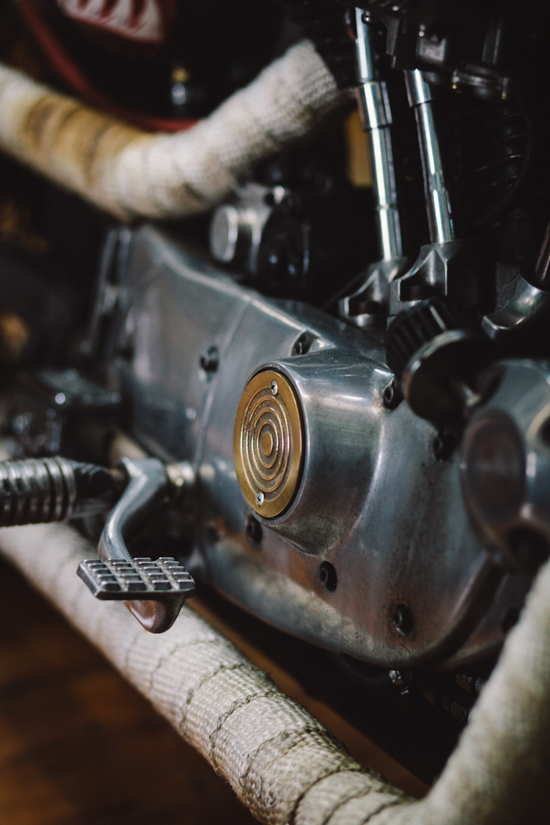 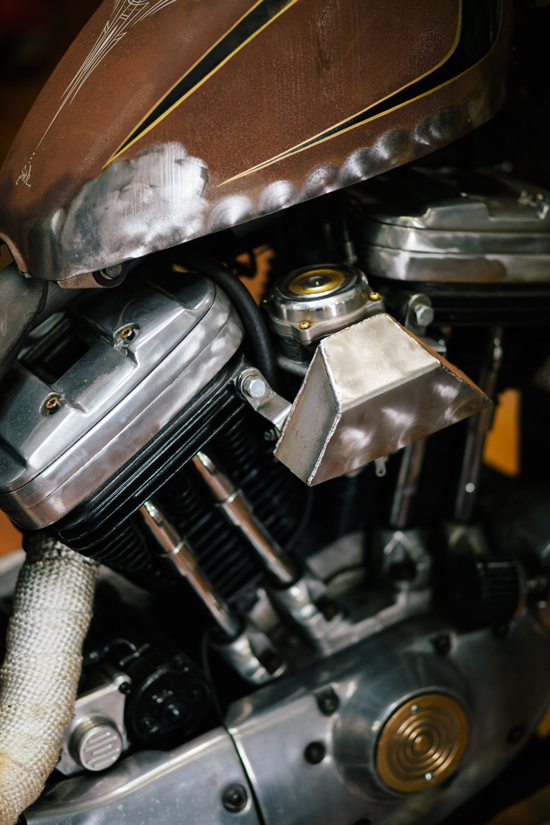 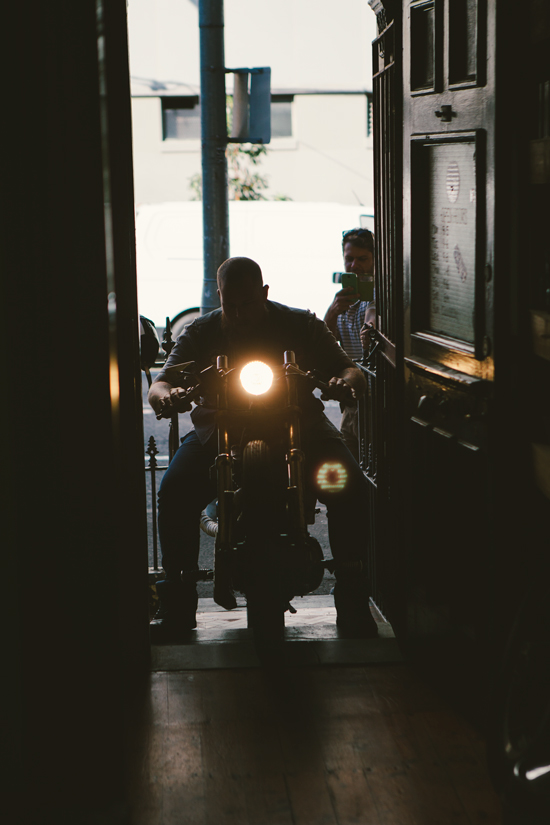 Go to our shop