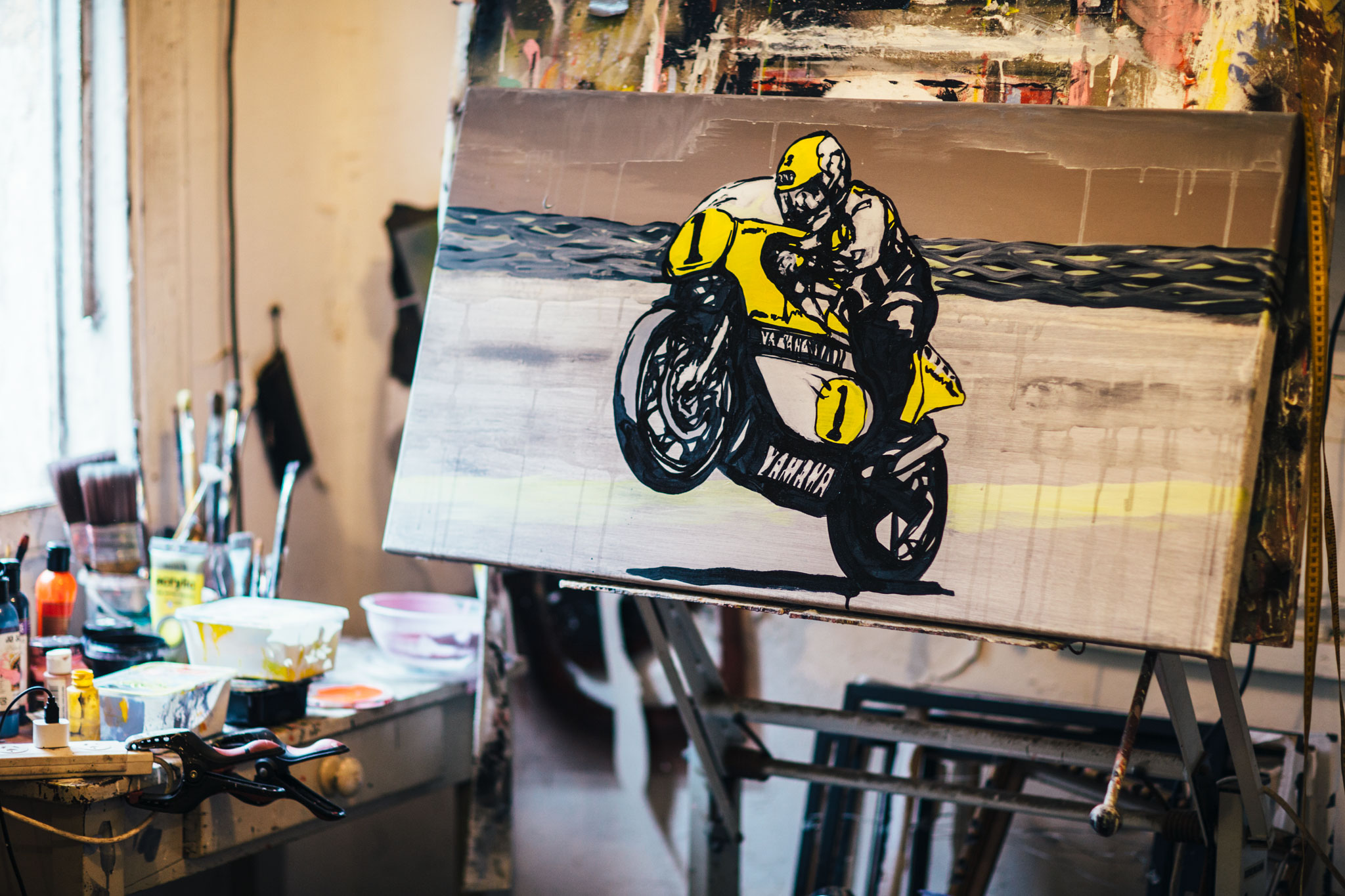 “When I failed German O level at school, the powers that be suggested I take something else to fill my curriculum. I chose art – and failed that too”. 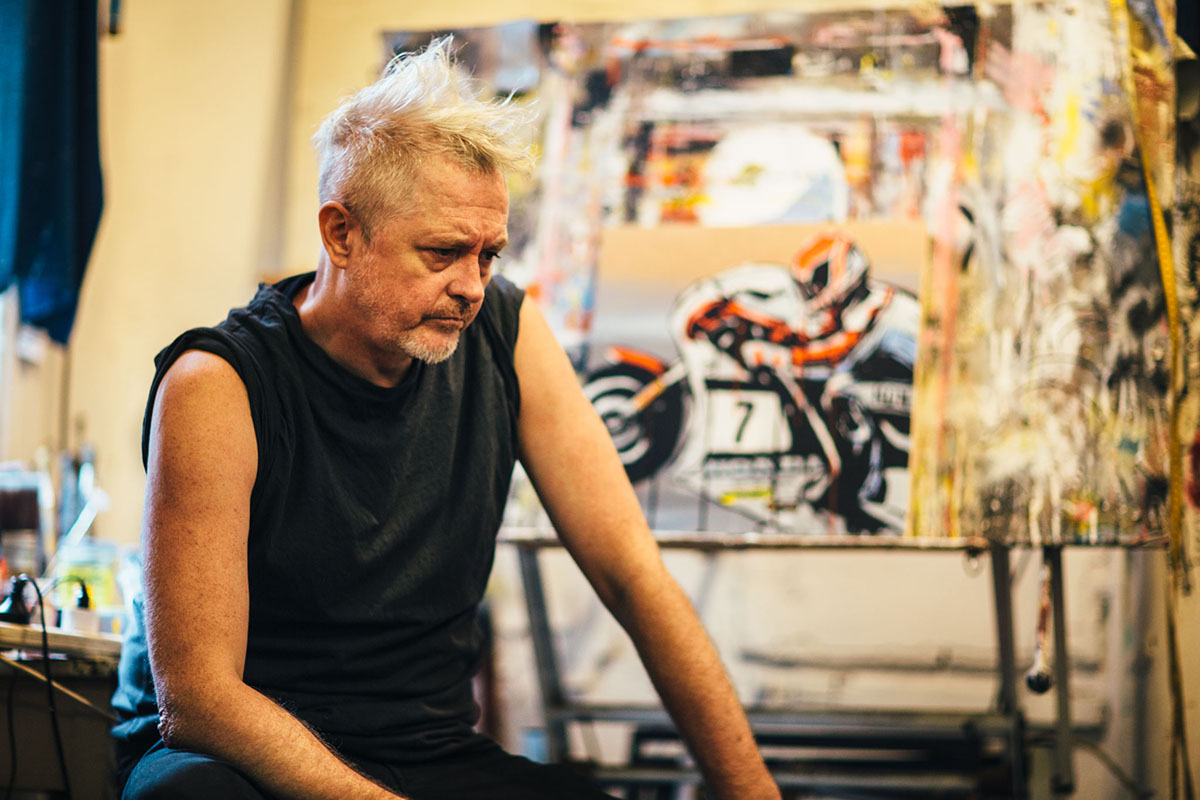 Fortunately, Simon stuck to it. From drawing crazy automobile creations with felt tip markers in primary school, to spending entire summers with his mate creating comic strips as their homage to the quintessential Sci-Fi anthology 2000AD. The works Simon created were a reaction to the life around him.

And then he got his driving license. 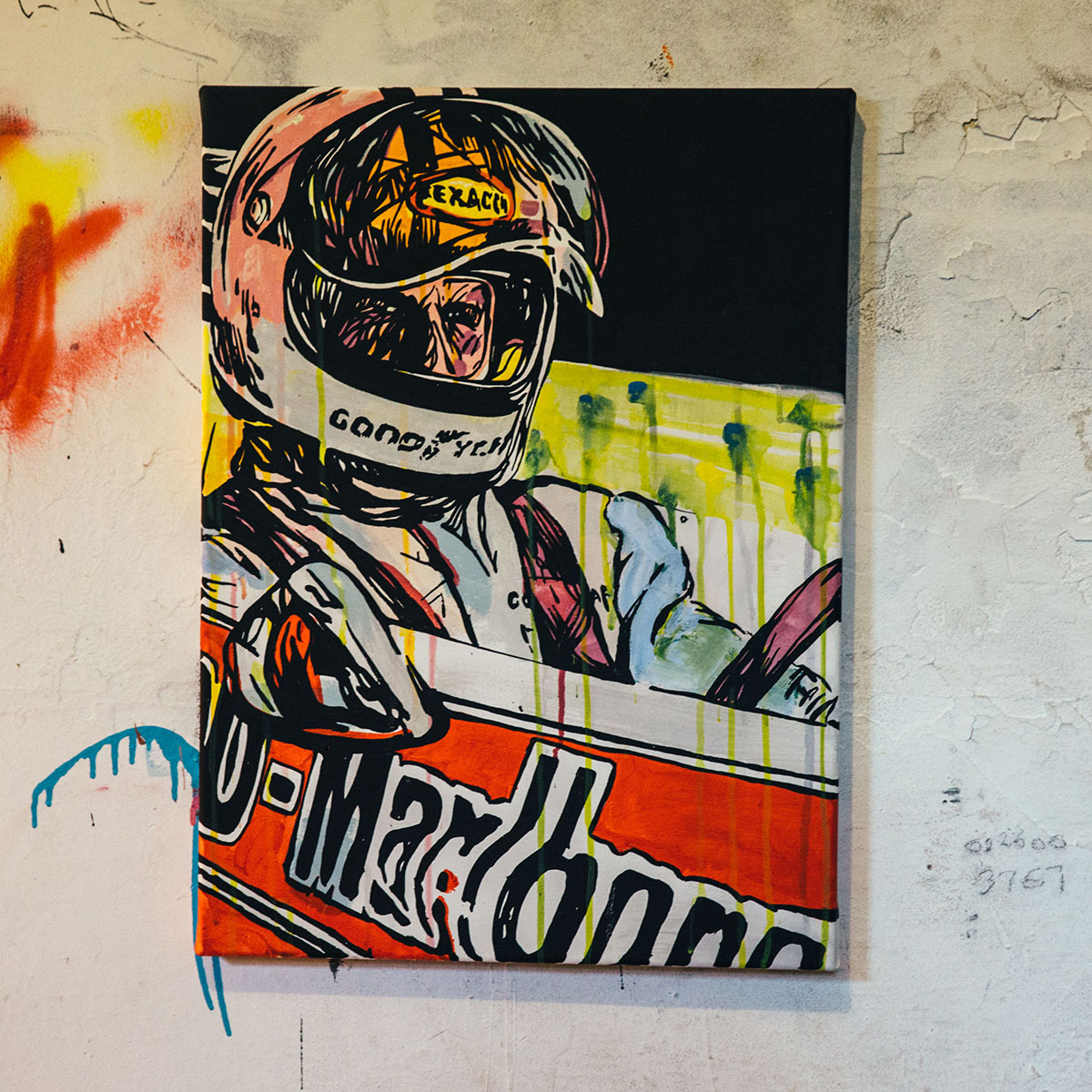 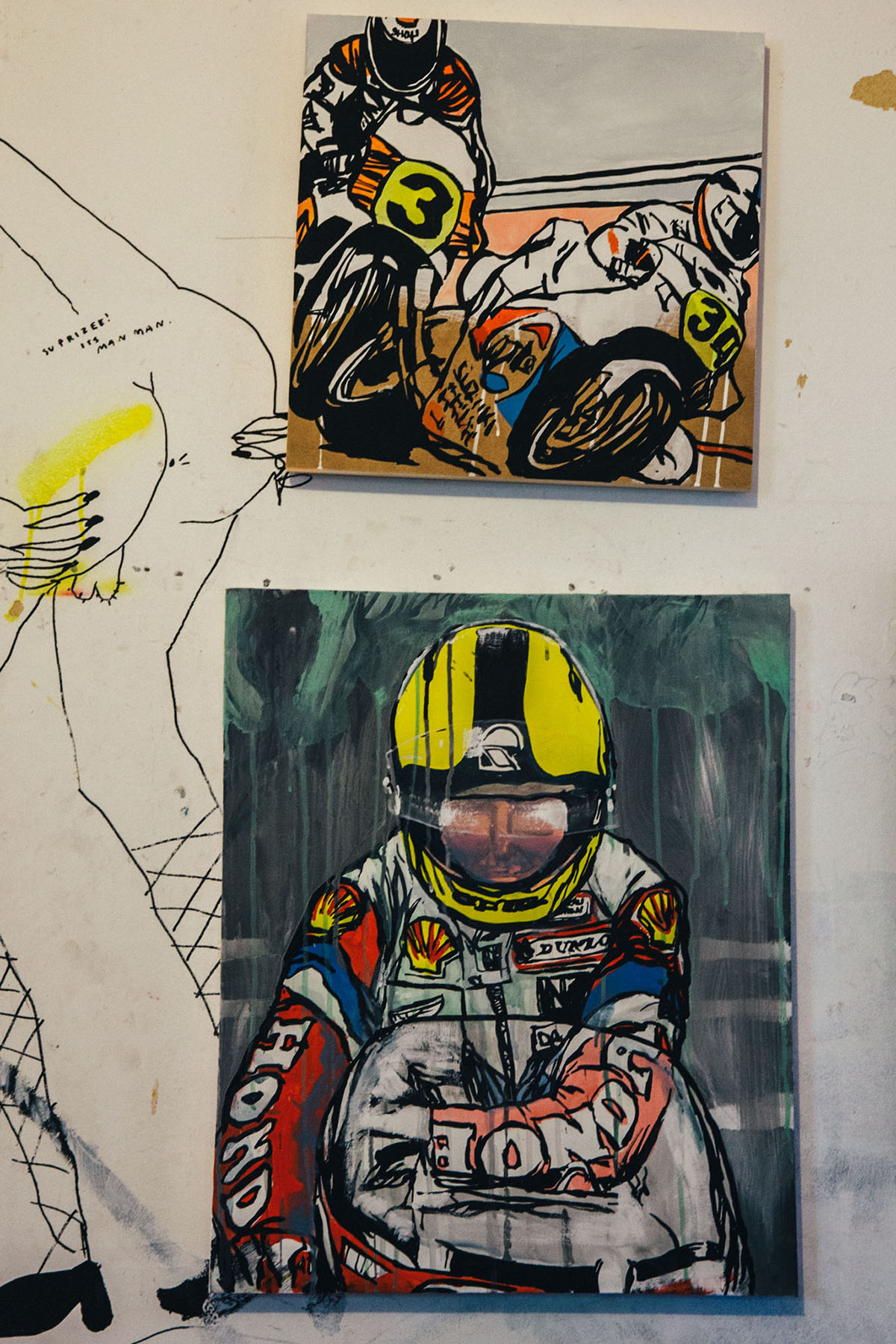 Bikes were now a huge part of Simon’s life, so it comes as no surprise to find his art and moto world’s married together one way or another. With his homeland in the UK no longer tickling his fancy, Simon ditched Mother England for some warmer tides. “The first piece I did in Australia was on a cupboard door which I’d found in the street, next to a bucket full of brushes and acrylics. That piece stayed in my bathroom for years. It was basic but I used the opportunity to blag a show at a gallery in Bondi using real estate signs I stole from Double Bay. They were made with shitty ply and a coloured plastic frame. Tres contemp.” 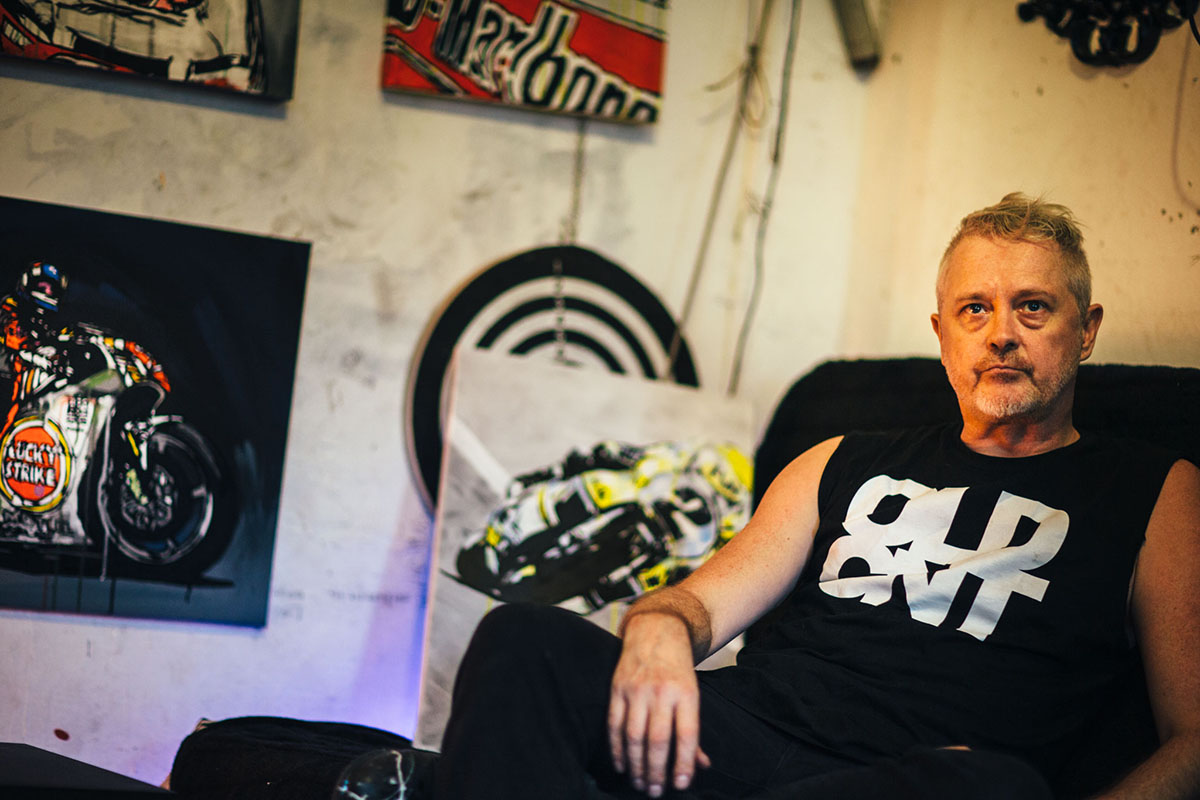 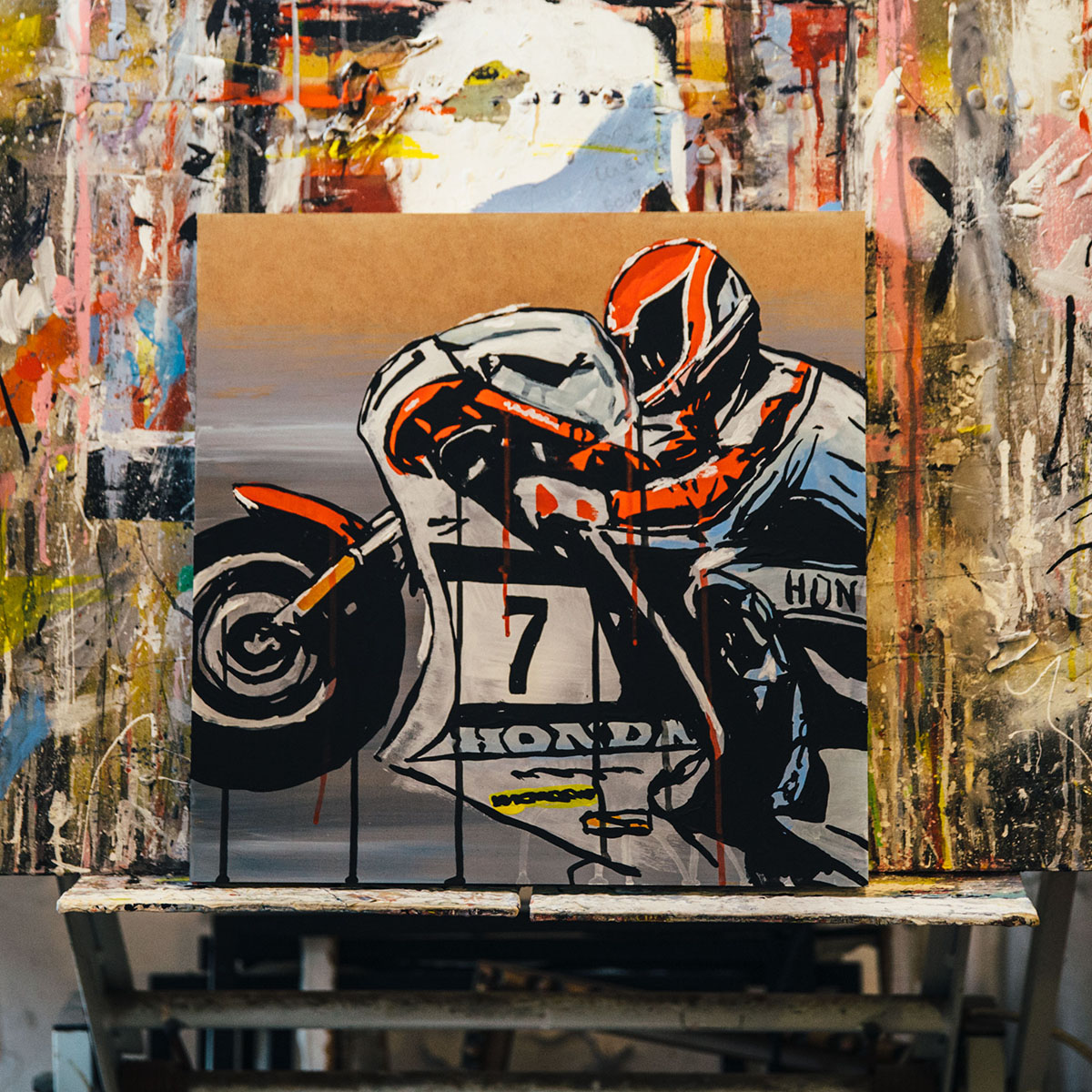 Simon is no stranger to us perving at his wares, be it rummaging around in his garage, or taking his 2-stroke racer out for a picturesque shoot. These moto inspired artworks are the perfect amalgamation between art and life. Racing heritage and 2-stroke lunacy feature as the point of interest in the current works, which hardly comes as a surprise with Simon either riding or working on these style bikes when he’s not viciously applying paint to canvas. 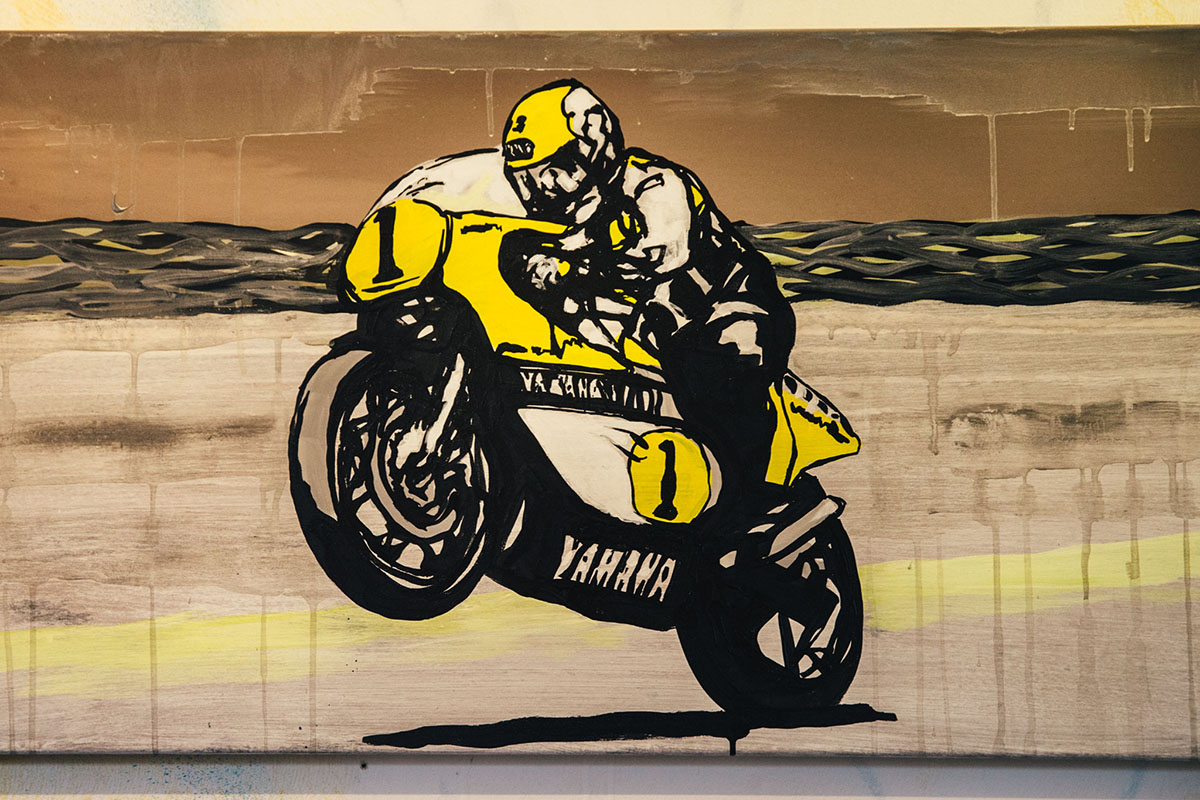 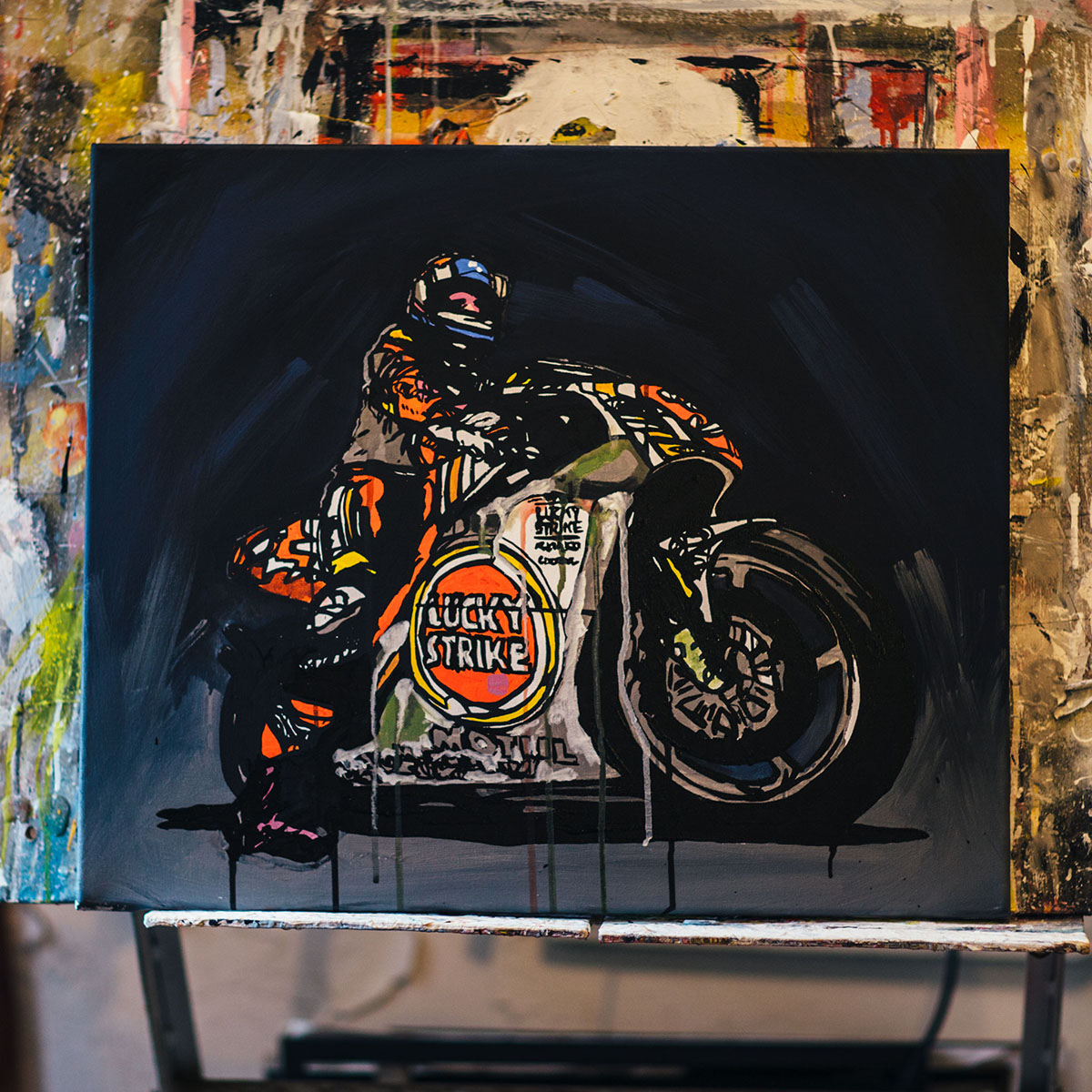 “Most of my process comes from a college drop out period where I sprayed surfboards. Invaluable and payed. Everything else is an exploration of style. I want an energy that creates narrative, not a photo realist facsimile.” 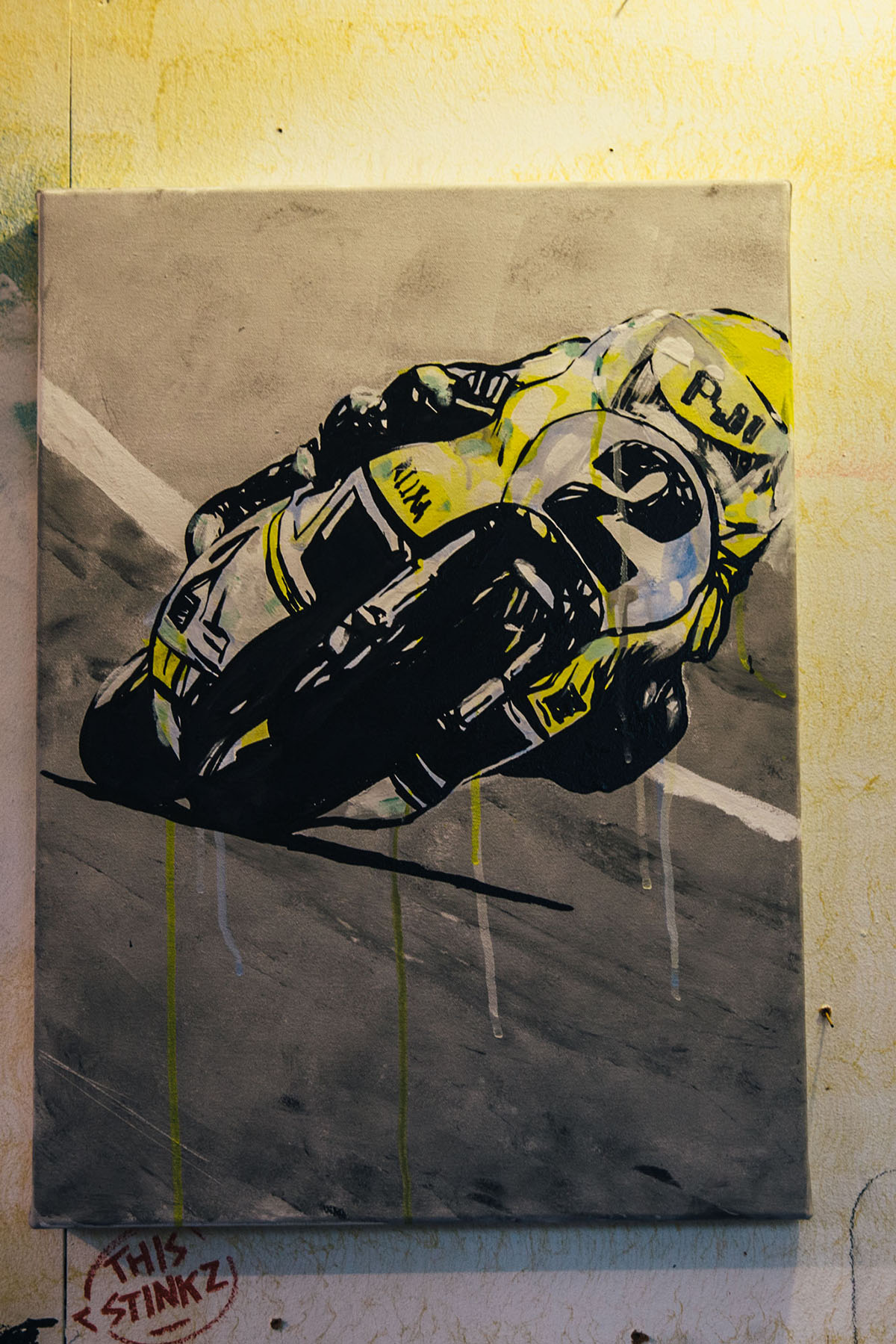 “The Motowerx paintings I started creating were really just a eureka moment of realising how many people were part of the motorsport culture in Australia. I’ve always been drawn to producing work that excites me so bikes and cars seemed a natural avenue to develop.” 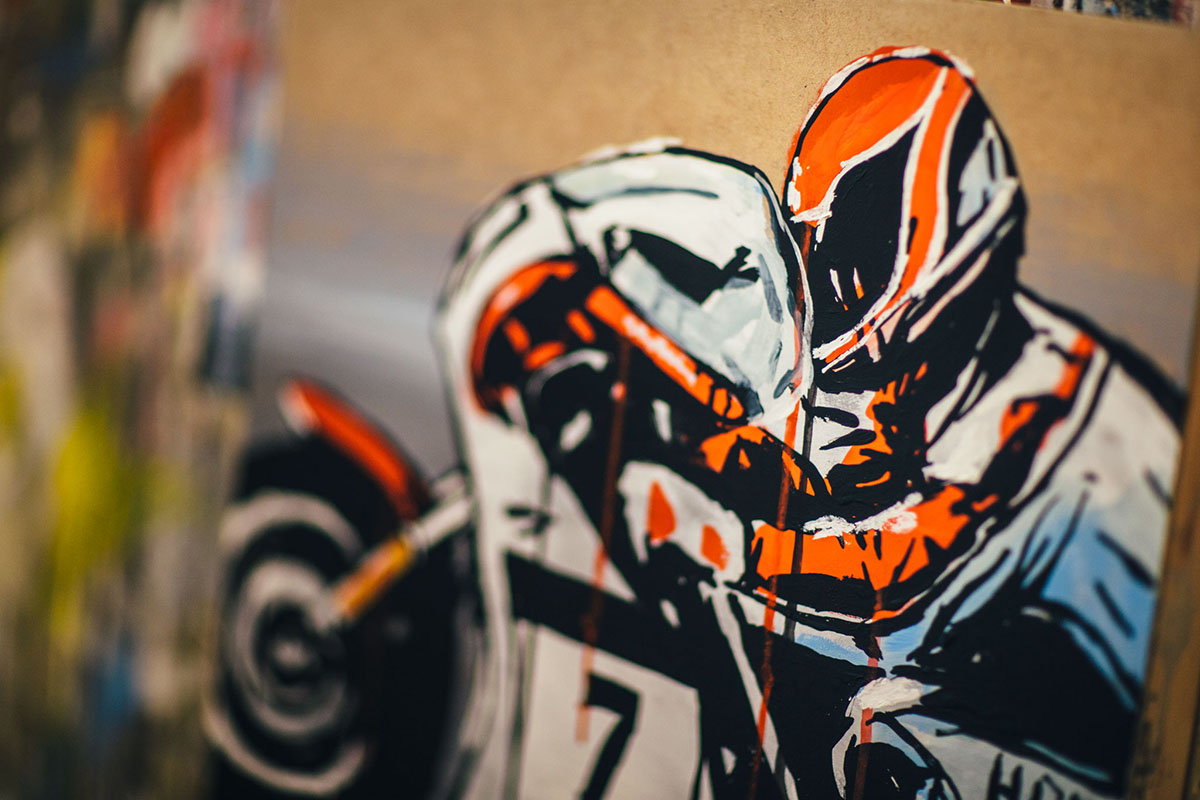 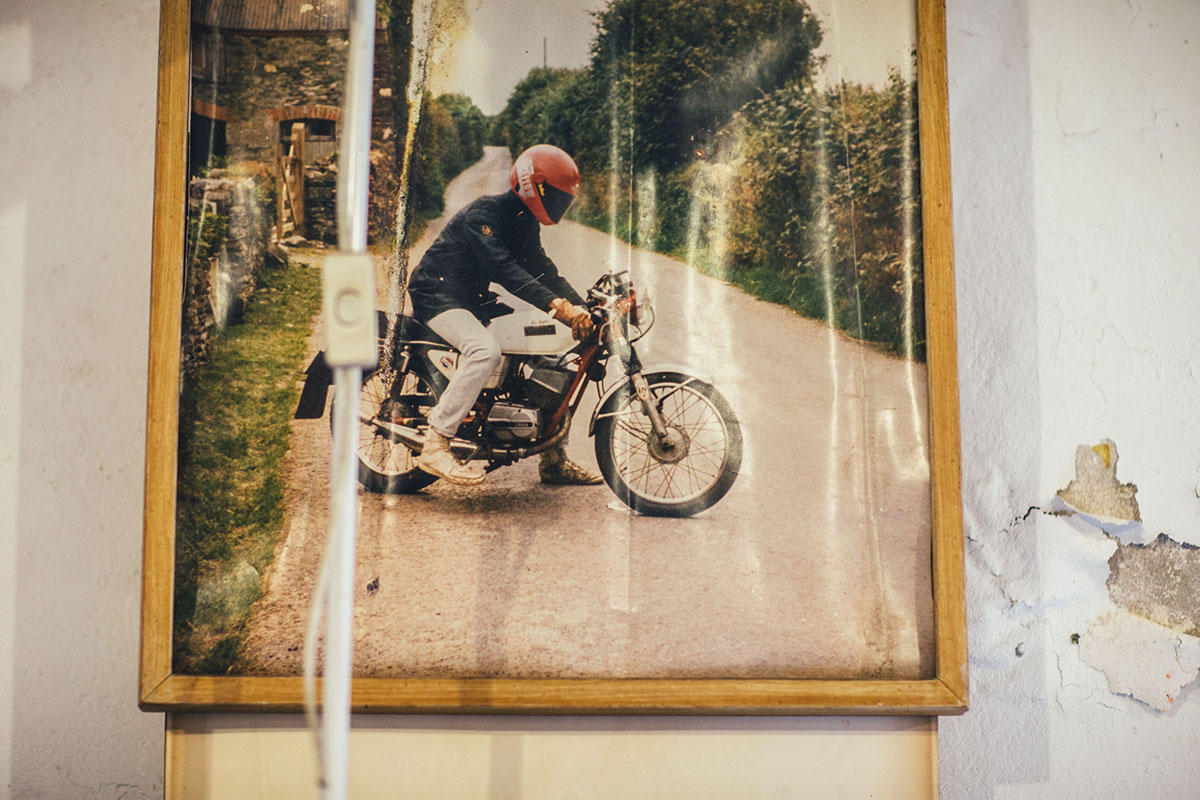 The Motowerx will be featured in an exhibition this Thursday, featuring high octane thrill seeking legends in a new form, on a new medium.

To enquire further about Simon’s work, or comission one for yourself you can catch him at info@simonlovelace.com, Facebook, or Instagram 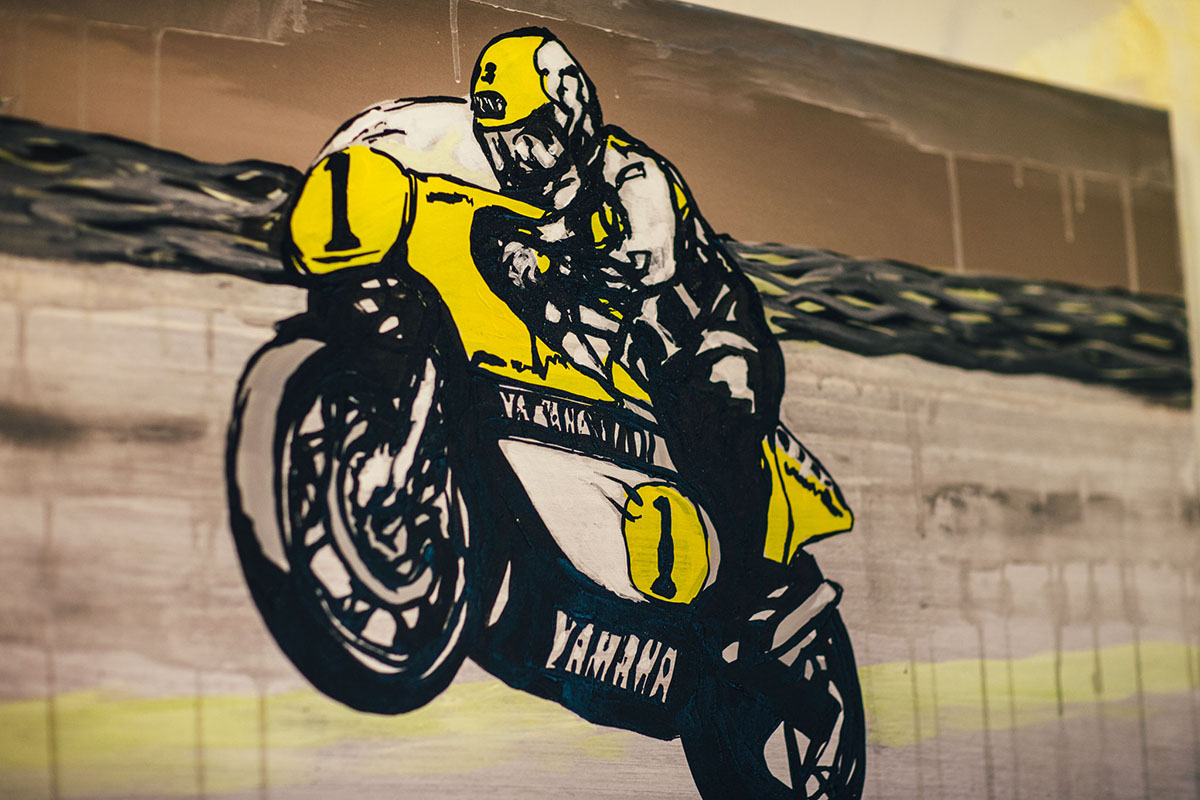 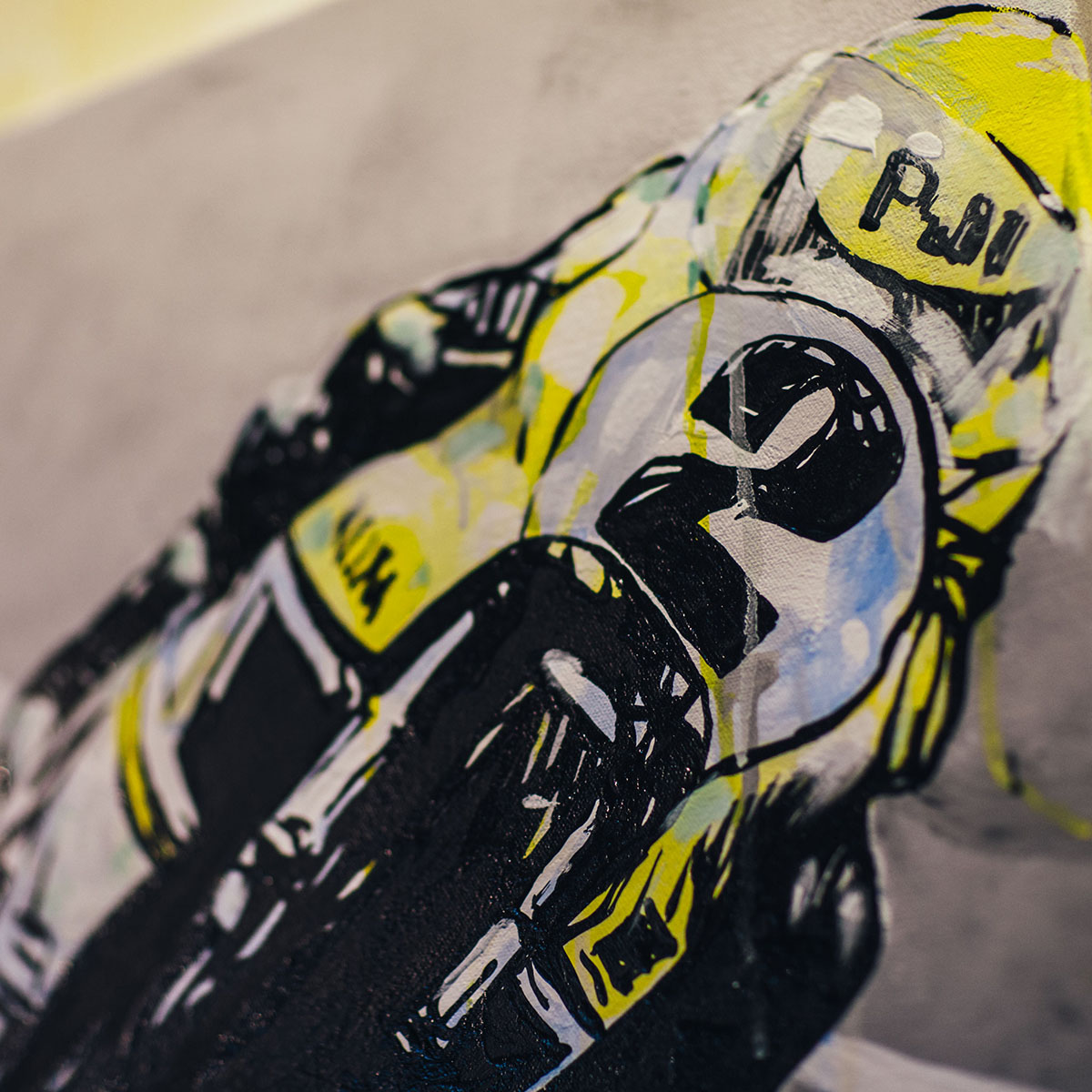 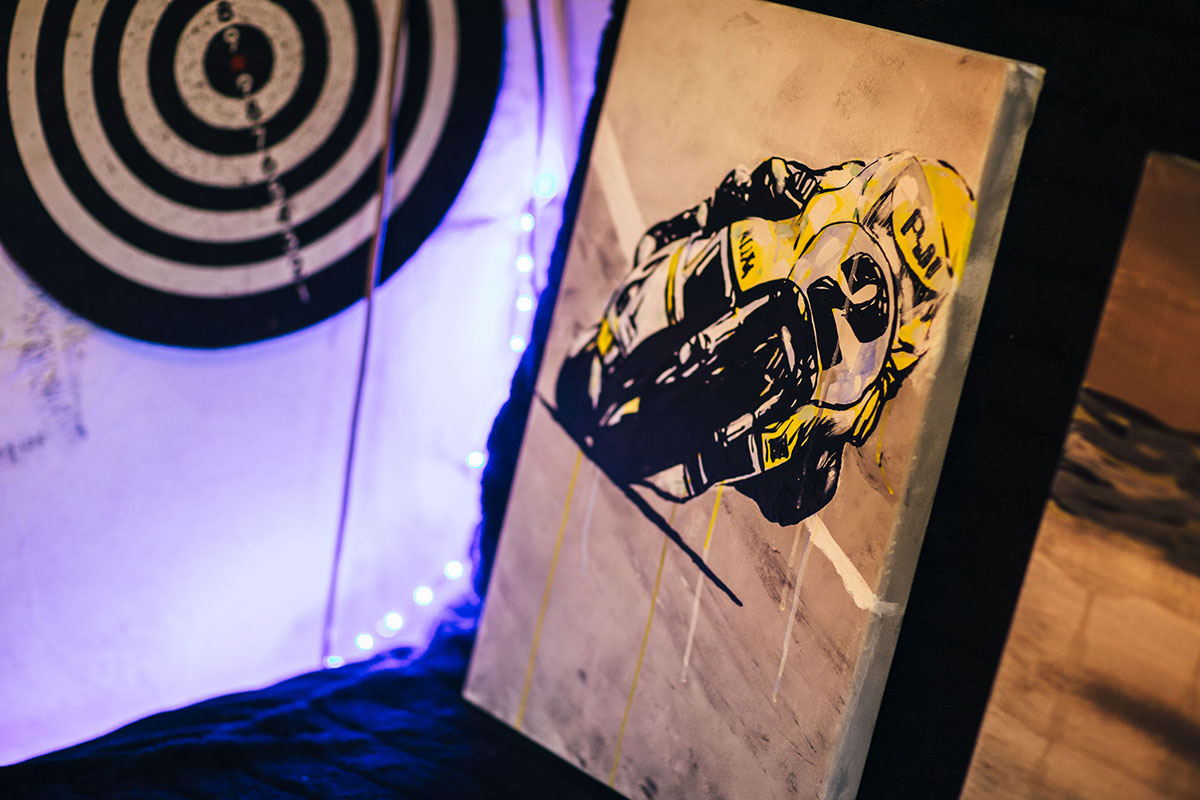 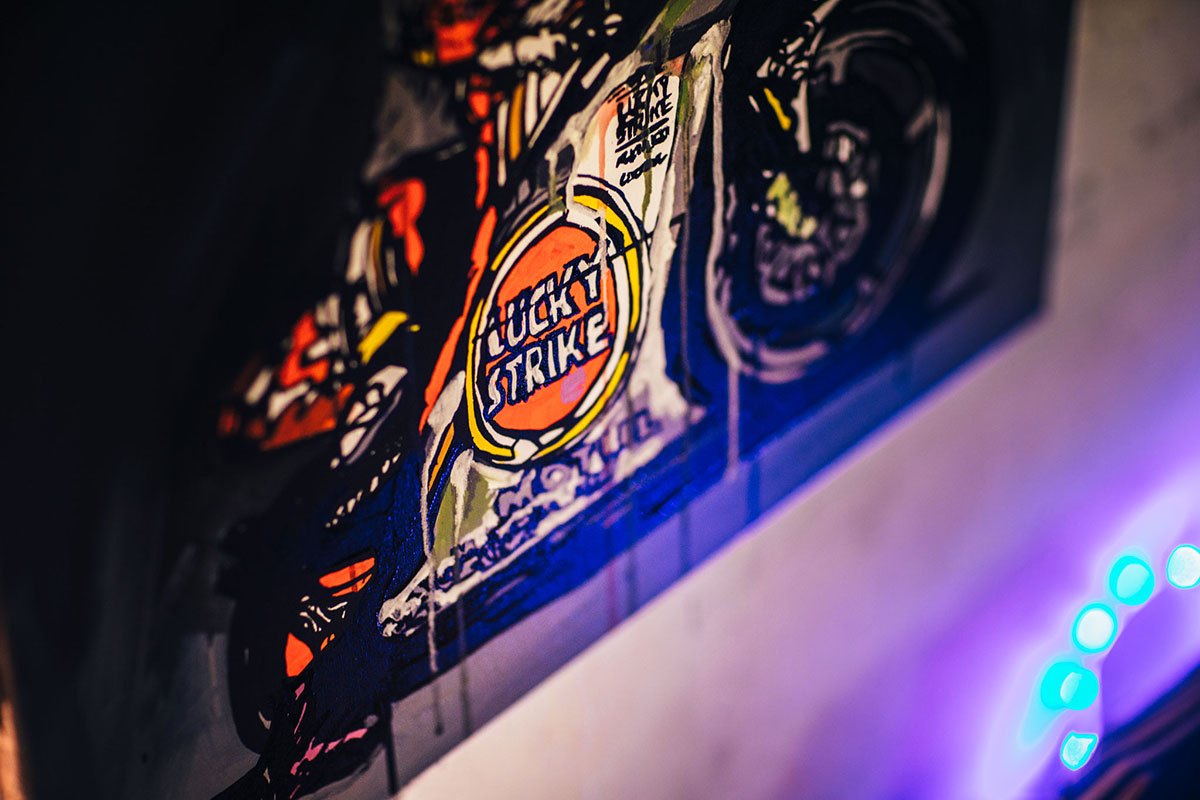 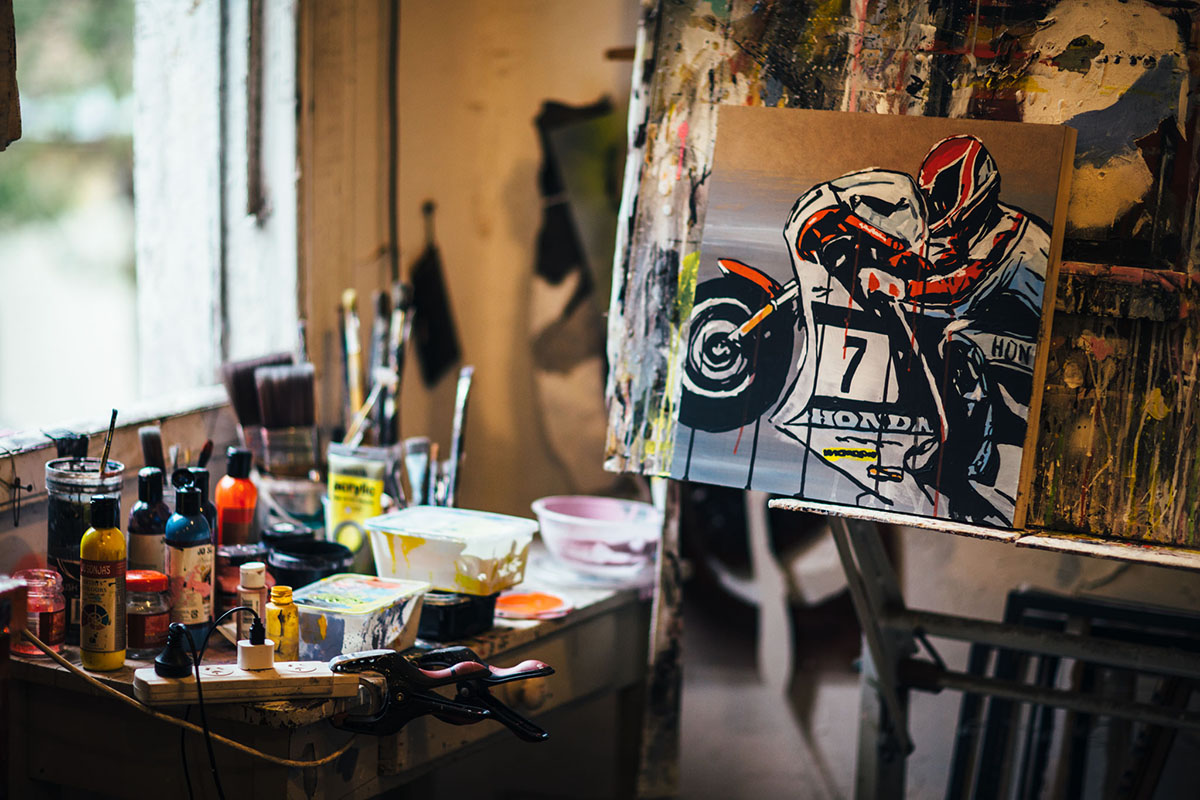